Some actors are icons even if they don't want to be. Mythical figures concentrating the desires, frustrations, hopes and failures of a generation who see themselves reflected in them, who have grown up with them. Dennis Hopper is one of these people. Many link this actor to a motorbike speeding across America looking for somewhere to go, others to the delirious image of a photographer taking pictures of panic and horror in the apocalyptic forests of Vietnam, some as the tempting American friend, or as the drunk and charming father of two kids who also ride bikes, not forgetting the asthmatic, evil character who enveloped himself in blue velvet. We're not talking in code; these are straightforward references to some of the titles responsible for having made Hopper more than an actor or film director.

Dennis Hopper was born on 17 May 1936 on the Dodge City prairies of Kansas. If we are to give credit to his own words, he didn't see a mountain until the age of 13, and when he discovered the ocean he thought he was seeing the clear-cut horizon of the wheat fields of his native Kansas dyed blue. He has always been obsessed by images. He started taking photographs when he was 18, meanwhile performing his first parts in TV series and cinema. He began a promising career as a young actor alongside James Dean, Nathalie Wood and Sal Mineo in Rebel Without a Cause, or as Elizabeth Taylor and Rock Hudson's rebellious son in Giant. But at the age of 22 he left Hollywood for New York to study at the famous Actor's Studio. The 60s were the years of the Vietnam War, of drugs, of freedom in every sense of the word. Hopper didn't only live these moments to the full, he also became the standard-bearer of the most radical of hippie movements thanks to a mythical movie shot on the routes of North America. He was 31 when he climbed on to the bike in Easy Rider, putting the foot down in every aspect of his life. But Hopper is an intelligent man who realised that speeding full forward brings nothing but despair. At the end of the 80s, on turning 50, he made a radical change to his way of living. The result has been a splendid career as an actor, an increasingly solid filmography as a director and a life for which he is now taken as a reference. 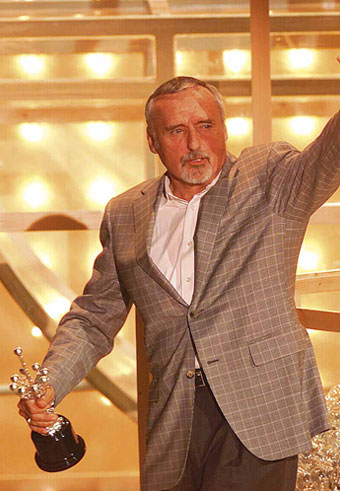 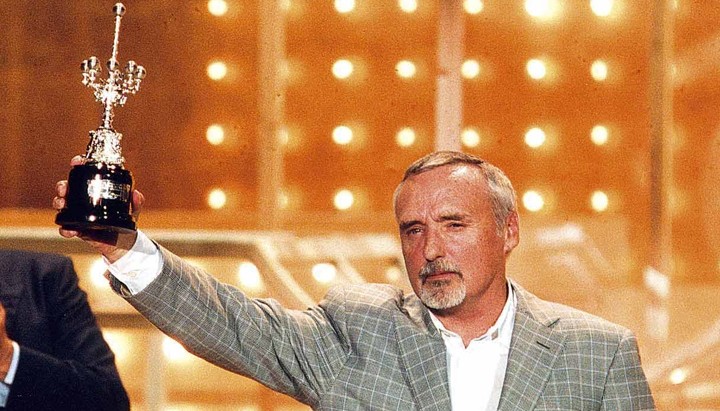