What do the sibylline Marchioness of Merteuil, the prevaricating Myra Langtry, the seductress Virginia Hill, the credulous Barbara Land, the egoistical Carolyn Burnham or the unstable Julia have in common? Only one thing: Annette Bening. A woman who shares absolutely nothing with the description of her screen heroines. An actress with an unconventional career, capable of slipping into any skin she has to until endowing it with a unique personality.

The first years in the Mecca of cinema weren’t easy for this green-eyed blonde. It took five years of struggle to achieve her first chance in 1988 with Miles Forman on embodying the intriguing Marchioness of Merteuil in Valmont. But she really and truly took off in 1990 with The Grifters alongside Anjelica Huston and John Cusack as an attractive, wicked trickster dressed to kill. Like Dorothy from The Wizard of Oz, born like her in Kansas, Annette Bening followed her own particular yellow brick road without losing sight of reality and keeping mind of the fact that her dreams of becoming a great star didn’t have to stop her from also being a great mum. That happened in 1992 when she met Warren Beatty while filming Bugsy. Although their love affair was one of the most talked about in Hollywood, twelve years and four children later they’ve shown that their couple is here to stay.

Over the years, Annette Bening has combined these two aspects while taking great care not to choose parts that type-cast her, starring along some of the most famous actors of recent years: Warren Beatty, Michael Douglas, Kevin Costner, Jeremy Irons, Kevin Spacey, Harrison Ford, etc; she has worked with directors like Milos Forman, Stephen Frears, Mike Nichols, Tim Burton, Sam Mendes, Kevin Costner or István Szabó; and has received two Oscar nominations: one in 2000 for her work in American Beauty, and another in 1991 for her part in The Grifters.

Intelligent and versatile, unpredictable and seductive, as defined by one American critic, the actress who once said: “When I was small my parents never took me to the cinema and I had no intention of becoming an actress. I didn’t even know that it could be a profession”, more than deserves to receive the San Sebastian Festival’s Donostia Award. 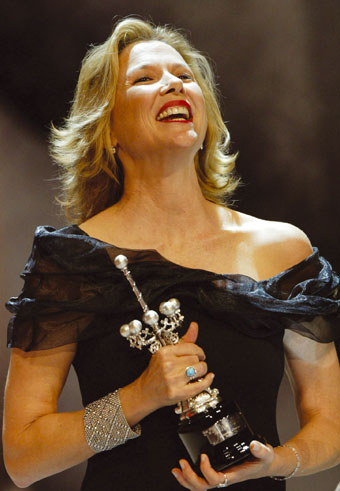 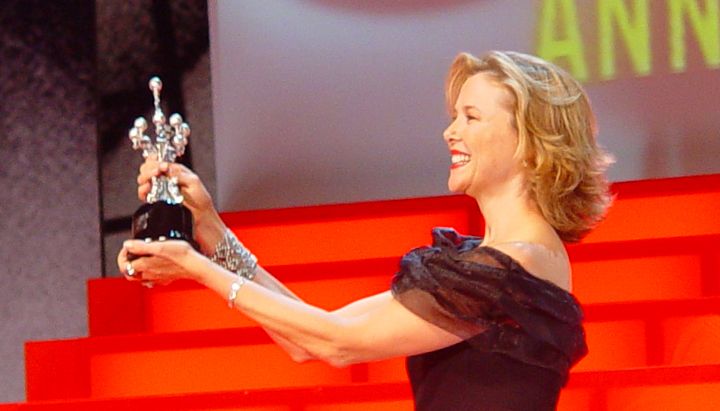