The dramatic strength of his face, his impressive figure and a talent for representing all aspects of the human being, from the vilest to the most delicate, have made Max von Sydow one of European cinema’s greatest actors, and one of the most continuously visible in North American cinema. Born in 1929 in Lund, Sweden, Max Von Sydow was a timid child who saw acting as a way of overcoming his communication problems with others. He first trained in dramatic art at the Stockholm Royal Academy, before debuting in cinema in 1949 with Alf Sjöberg’s Bara en mor. But he didn’t earn a solid place in the field until Ingmar Bergman added him to the cast of Det sjunde inseglet (The Seventh Seal, 1957), as the knight who challenges the Grim Reaper. Bergman saw in Max von Sydow a spokesman for his own concerns, making him into one of his must-be actors in films like Smultronstället (Wild Strawberries, 1957), Ansiktet (The Face, 1958), Jungfrukällan (The Virgin Spring, 1960), Sasom i en spegel (Through a Glass Darkly, 1961), Nattvardsgästerna (Winter Light, 1962), Vargtimmen (Hour of the Wolf, 1968) and Skammen (Shame, 1968), among others.

In 1965, he launched a far-reaching international career on playing Jesus in George Stevens’ The Greatest Story Ever Told (1965), continuing with the missioner in George Roy Hill’s Hawaii (1966), or the coronel in The Kremlin Letter (1970). The self-sacrificing peasant Karl Oskar from Jan Troell’s diptych, Utvandrarna (The Emigrants, 1971) and Nybyggarna (The New Land, 1972), was another of his great parts until the arrival of Father Merrin in William Friedkin’s The Exorcist (1973).

Max von Sydow has made brilliant appearances in numerous big North American productions: as the German captain in The Voyage of the Damned (1976) and Victory; the tyrant Ming of Flash Gordon (1980); King Osric in Conan the Barbarian (1982); and all sorts of villains like the one in Never Say Never Again (1983). And he has alternated this work with European productions by outstanding directors, including Valerio Zurlini’s Il Deserto dei Tartari (The Desert of the Tartars, 1976) and Bertrand Tavernier’s La mort en direct (Deathwatch, 1980). He worked for Woody Allen in Hannah and Her Sisters (1986), and in the Sweden of 1987 gave one of his most famous performances, precisely for a disciple of Bergman, Bille August, in Pelle erobreren (Pelle the Conquerer). As a self-denying father on a quest to find a better life for his son Pelle, Max von Syndow landed a nomination for the Oscar for Best Actor and garnered the European Film Award, among many others.

In 1988, in Sweden, he made his only film as a director, the romantic drama Ved vejen. With almost 130 titles on his filmography, including the Spanish film by Juan Carlos Fresnadillo, Intacto (2001), or Steven Spielberg’s Minority Report (2002), he continues to work tirelessly and has recently completed Giulio Base’s L’Inchiesta (The Inquiry, 2006). 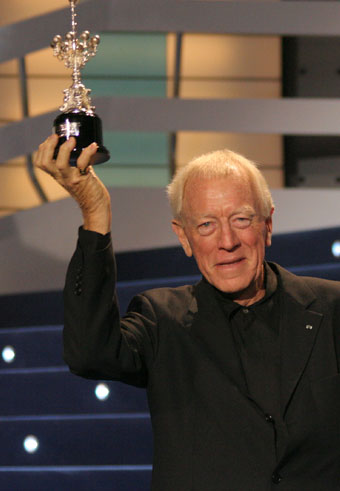 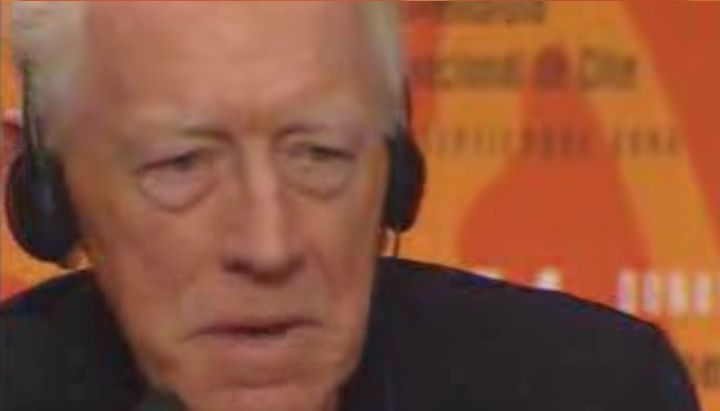 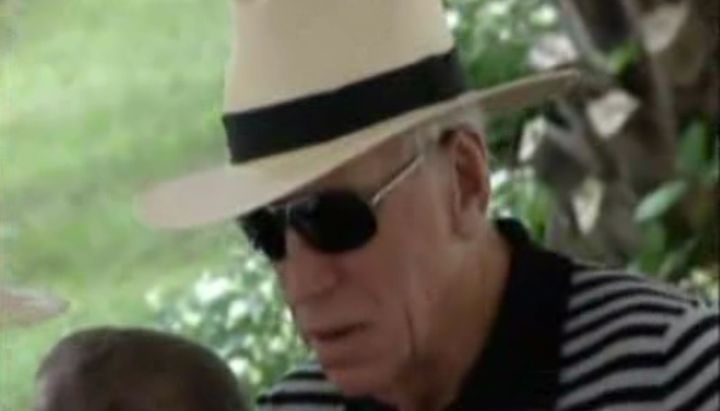 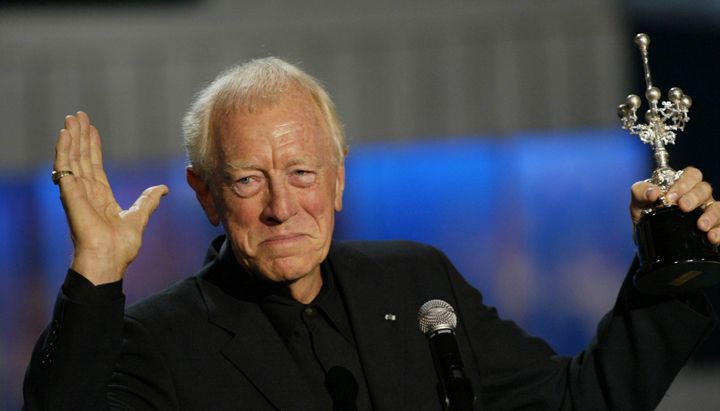