The 54th edition of the Donostia-San Sebastián International Film Festival opened a new Sales Office to serve the needs of film industry professionals, buyers and sellers. The new venue covers 500 m2 of office space in the heart of the Kursaal Convention Centre designed to facilitate contacts and meetings, and provide areas for viewing films and displaying promotional material for films that are either finished or in production.

The Sales Office would like to thank the following organisations for their collaboration: the MEDIA Plus Programme of the European Union, EGEDA (Body for the Management of Audiovisual Producers Rights), ICEX (Spanish Institute for Foreign Trade).), Madrid Film Commission, Cinema Do Brasil and Jaman.

Presentation to industry professionals of unfinished projects and films by filmmakers from the Maghreb and Portuguese-speaking African countries, organised in partnership with the Amiens festival in France and the Fribourg festival in Switzerland, and with collaboration from the African Cinema Festival of Tarifa.

All of the selected filmmakers will have the opportunity to participate in the yearly Cinema in Motion tour of Argentina, Colombia and Mexico organised by the San Sebastian Festival and the African Cinema Festival of Tarifa.

Sponsored by the Donostia-San Sebastián International Film Festival and Rencontres Cinémas d’Amérique Latine in Toulouse, Films in Progress is geared toward Latin American and Spanish feature length films in the post-production stage.

CINEMA AND REGIONS IN EUROPE DAY


PROFESSIONAL MEETINGS AT THE SALES OFFICE

PROFESSIONAL AGENDA AT THE FESTIVAL

19h00 – FNAC
“Films in Progress, from 1 to 10,” followed by the screening of Historias Mínimas

21h30 – Kursaal 2
Presentation of the Films in Progress 10 Awards

Numerous activities will underline the peculiar European aspect of the 54th San Sebastian International Film Festival, while stressing its condition of privileged meeting place for moviemakers and professionals from different continents.

In collaboration with the Provincial Council of Gipuzkoa, the Festival will continue to highlight the important part played in film projects born in Europe by non-state public institutions and entities.


The European rendezvous planned for this year’s Festival include:

On Thursday, 28th September, Europe Day, the Sales Office will propose an activity programme closing with presentation of the European Personality of the Year Award to Luciana Castellina.

Ex-Eurodeputy for the Italian Radical Party and ex-Chairwoman of the Commission for Culture and Media of the European Parliament, Luciana Castellina will be the personality acclaimed by the Festival this year for her demanding, untiring work in favour of the development of European cinema while respecting its diversity as a source of creative wealth.

The San Sebastian International Film Festival reserves this yearly award for a personality standing out for having given a decisive boost to European cinema from different areas not always known to the public.

The first of these awards went in 2004 to European Commissioner Viviane Reding and the second was shared in 2005 by Claude Miller and Claude-Eric Poiroux, President and Director General of Europa Cinémas.

The programme for Thursday 28th will include the following rendezvous:

Born in Rome on 9th August 1929, she is a Law graduate and journalist, Deputy in the Italian and European Parliaments (1976-1999). At the European Parliament she was Chairwoman of the European Commission on Culture and Media, of the External Economic Relations Committee and Vice-President of the Delegation to South America. She was the President of Italia Cinema, the agency for the international promotion of Italian cinema, from 1998 until 2002.

She is currently President of the Viareggio European Film Festival, Honorary President of “cineuropa.org”, an online publication in four languages on European cinema, coordinator of the Scientific Committee of the Istituto Luce-Città della scienza Documentary School (Naples), member of the Board of Directors of the Vittorio Gassman Foundation and of other cultural foundations, and member of the UCCA (Unione Circoli del Cinema dell’Arci) presidency. She is resident lecturer at the University of Pisa Faculty of Philosophy and Arts, Department of Communication Sciences. 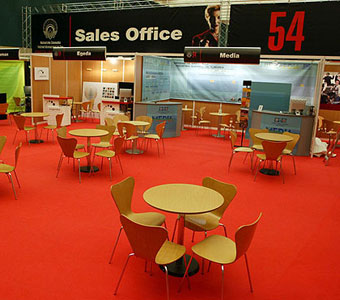