My second feature Zero Kelvin was screened in San Sebastian. I was proud to be selected for the competition, and excited by the buzz. The first night I was accidentally asked for an autograph. Once I signed one, 50 others jumped the barricades; fearful they had missed something. The last one was a girl about 8-9 years old, but instead of thrusting the paper and pen at me, she tightly held onto it, looked up at me and asked; who are you? She was a smart girl. I was a nobody. 12 hours later my lead actor (another nobody) and I watched a screening of our film that started well past midnight. A full house. Nobody walked out. People applauded, and while leaving they talked about the film! It was a great moment for us. Our film had met an international audience.

I have often fantasized about sailing into bay of La Concha. It is probably harder than getting a film into the competition program of the festival. But both endeavors have its rewards. If you manage to sail into the bay you will be greeted by one of the most beautiful cities in Europe. And if you are lucky enough to have a film in competition you know it will be met by an audience that’s so passionate about films they will go to screenings in the middle of the night.

Most successful films disguise failures, heartbreak, disappointments and self-doubt. Except for the few moments when you come out of the dark and screen a new film, you are an unknown to the world. You work and live with the shortcomings of your projects, and swallow the disappointments when great projects lose its financing. No premiere in the world can compensate for the hard work it is to make a film. The reward lies as much in the day-to-day collaboration with your actors and fellow crewmembers. It is often thought that those relationships are superficial, but I beg to differ. They are rapidly established friendships, molded under pressure and out of necessity, and usually result in a closeness and intimacy it otherwise would take years to achieve.

Films are made by people who generously give to something greater than themselves – in the hope that you’ll have contributed to something magical. Each day we do this, and after a year or two the film is finally ready to meet the world. 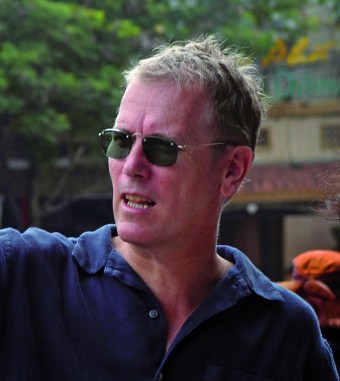