Ricardo Darín was born in 1957, in Buenos Aires. As a youth he starred in hugely successful television programmes, like Nosotros y los miedos, Compromiso y Mi cuñado, and plays including Extraña pareja, Taxi, Sugar, Necesito un tenor and ART, a big hit in Argentina and in Spain.

Several of these films have participated in the San Sebastian Festival: El secreto de sus ojos was screened in the Official Selection in 2009 and Carancho in Pearls the following year. Elefante Blanco will be shown this edition in the Made in Spain section.

In addition to his work as an actor, Ricardo Darín made his directorial debut in 2007 with the film La señal (The Signal), also starring himself.

He has over 20 national and international awards to his name, including five Silver Condors, two Konex, the Sant Jordi and prizes at the Valladolid, Havana and Biarritz festivals. 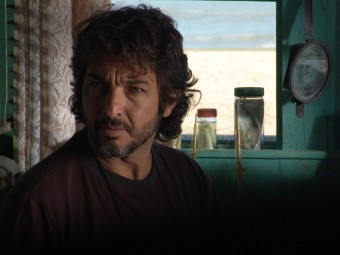