Academy Award Winner Tommy Lee Jones is one of the most acclaimed and accomplished actors in Hollywood.

He was awarded the Best Supporting Actor Oscar® for his portrayal of the uncompromising U.S. Marshal Sam Gerard in the box office hit The Fugitive in 1994. For this performance, he also received a Golden Globe Award as Best Supporting Actor. Three years earlier, Jones received his first Oscar® nomination for his portrayal of Clay Shaw in Oliver Stone’s JFK. In 2007 Jones starred in the critically acclaimed film In the Valley of Elah for which he received an Oscar® nomination for Best Actor and in the same year he starred in the Academy Award® winning film No Country for Old Men written and directed by Joel and Ethan Coen and based on the Cormac McCarthy novel.

Jones most recently reprised his role as Agent K in Men in Black 3. He will next co-star in Lincoln for director Steven Spielberg, which opens in December. He has also completed filming The Emperor on location in New Zealand for director Peter Webber. Jones portrays General Douglas MacArthur. Next year, he will play a role in the film Malavita opposite Michelle Pfeiffer and Robert De Niro for director Luc Besson.

In 1995, Jones made his directorial debut with the critically acclaimed telefilm adaptation of the Elmer Kelton novel The Good Old Boys for TNT. Jones also starred in the telefilm with Sissy Spacek, Sam Shepard, Frances McDormand and Matt Damon. In 2005, Jones starred in the critically acclaimed film The Three Burials of Melquiades Estrada, which he also directed and produced. The film debuted in competition at the 2005 Cannes Film Festival and garnered Jones the award for Best Actor. Most recently, Jones directed The Sunset Limited for HBO, based on the play of the same name by Cormac McCarthy and starred Jones and Samuel L. Jackson. He is also set to write, direct, produce, and star in The Homesman.

Jones has also had success on the small screen. In 1983, he won an Emmy Award for Outstanding Lead Actor in a Limited Series or a Special for his portrayal of Gary Gilmore in The Executioner’s Song, and, in 1989, he was nominated for an Emmy Award and a Golden Globe Award for Outstanding Lead Actor in a Miniseries or a Special for Lonesome Dove. His numerous network and cable credits include the title role in The Amazing Howard Hughes (1977), The Rainmaker (1982) and Cat on a Hot Tin Roof (1984).

In 1969, Jones made his Broadway debut in John Osborne’s A Patriot for Me. His other Broadway appearances include Four on a Garden and Ulysses in Nighttown.

His most recent film is Hope Springs, in which he co-stars with Meryl Steep. The film will be screened in Zabaltegi Pearls section in San Sebastian Film Festival. 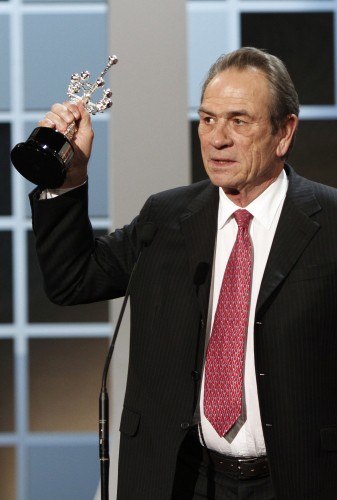 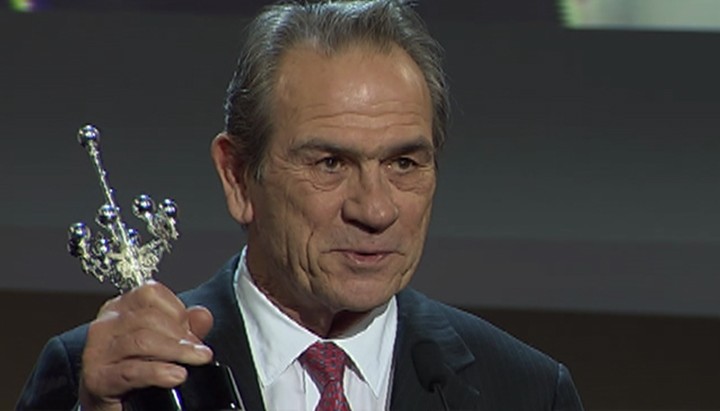