Michel Gaztambide was born in 1959 in Apt (Vaucluse, France). He first worked for cinema as a co-scriptwriter in 1990 on José María Tuduri’s film, Santa Cruz, el cura guerrillero, that took part in the Zabaltegi-New Directors section at the San Sebastian Film Festival. In 1991 he collaborated with the director and actor Félix Rotaeta on writing the film Chatarra, and a year later with Julio Medem on this director’s debut film, Vacas. The film won the Film Writers Circle Award for Best Script and more than twenty international awards. In 2002 he co-wrote the script for the thriller La caja 507 with Enrique Urbizu. For Urbizu he has also written the scripts for La vida mancha (2003) and No habrá paz para los malvados (2011), which competed in the Official Section at the San Sebastian Film Festival and won the Goya Award for Best Original Script. He has also worked as a scriptwriter on the films Un poco de chocolate (Aitzol Aramaio, 2008), El idioma imposible (Rodrigo Rodero, 2010) –for which he was nominated for the Award for Best Script by the Film Writers Circle– and Baztan (Iñaki Elizalde, 2011), the film that will be screened in the Zabaltegi Specials section at the 60th San Sebastian Film Festival.

He has directed the short films Vidas imaginarias with José Antonio Vitoria (1991, Award for Best Basque Short Film at the Bilbao Festival), and Hombre sin Hombre (2002), which was selected for the Basque Film Library Kimuak programme. He has also written the script for the short film directed by Ramón Barea Muerto de amor (1996).

He has had a wide-ranging career on television: he has worked for ETB, TVE and Tele 5, first as a scriptwriter and then as a director, on programmes like Rifi Rafe, Comunicando, comunicando, Números rojos, El zoo humano, Aire, aire, Todo para un sueño, La gran oportunidad, or Nadie es perfecto. He has also written the script for the Tele 5 TV movie Vuelo IL8714.

At the same time Gaztambide has also had a significant career as a teacher, giving courses and Masters in scriptwriting and directing at the most prestigious institutions in Spain and France. 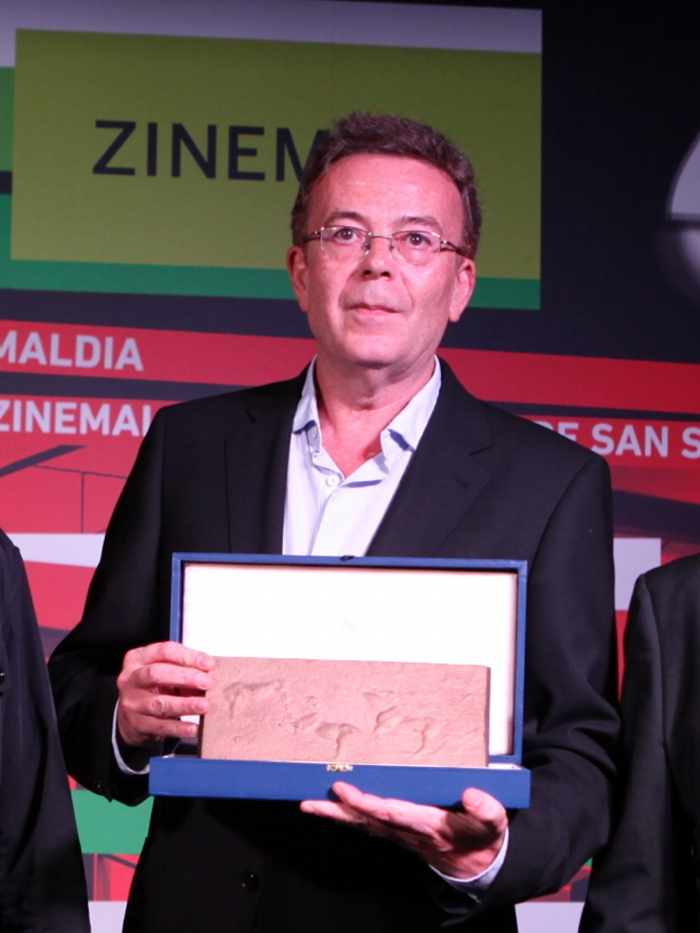