Cesc Gay (Barcelona, 1967) is a director and screenwriter known for his profound observation of the characters he portrays; an observation tinged with irony and humour in its reflection of human weaknesses. The constant feature of his work is precisely this rich simplicity he so skilfully depicts through his characters: teenagers as they discover themselves, 20 year-olds in a hurry, 30 year-olds with doubts or 40 year-olds in crisis...

A filmmaker who X-rays feelings from a contained, sincere and delicate point of view to demonstrate the questions that so intimately concern his generation, considered to be one of the sharpest chroniclers of the urban middle classes.

Cesc Gay studied Cinema in Barcelona and New York, where he joined forces with Daniel Gimelberg to co-direct his first feature film, Hotel Room (1998), presented in the Zabaltegi section of the San Sebastian Festival.

Una pistola en cada mano (A Gun in Each Hand, 2012), his latest film, is one of the year’s Spanish box-office surprises and has been distributed in more than 20 countries. It won the Grand Prix Jules Verne at the Nantes Festival, the Grand Jury Best Performance for the complete cast at the Miami Festival, a Goya Award for Candela Peña as Best Supporting Actress and four Gaudi Awards.

En la ciudad (In the City, 2003) was presented in the Official Selection at the San Sebastian Festival. It was nominated for four Goya Awards and Eduard Fernández won the Goya for Best Supporting Actor.

In 2000 he released Krámpack (Krámpack / Nico and Dani), his first feature film alone at the helm which, after its premiere in the Semaine de la Critique at the Festival de Cannes,where it bagged the Youth Award, went on to enjoy a successful international career and garner several festival awards. 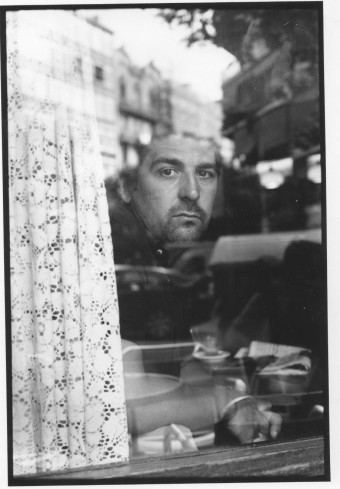