Juana Acosta was born in Cali (Colombia) in 1976. She took up Fine Arts at the Universidad de los Andes in Bogotá. She soon acquired an interest in performing and studied with Alfonso Ortiz in Bogotá, combined with dance and classic ballet classes. In 2000 she set out for Madrid, where she set up home. She finished her training at the Juan Carlos Corazza acting and gradually her career as an actress started to take off.

Her first television role in Spain was in the series Javier ya no vive solo. She also had parts in other series, such as El comisario, Policías, Génesis, Hospital Central o Hispania. For her part in the prizewinning series Crematorio, she won the Best Supporting Actress Award from the Actors Union.

Her film work spans Spain, Colombia and France. In our country, she has participated in films including Slam by Miguel Martí, Bienvenido a casa (Welcome Home) by David Trueba, A golpes by Juan Vicente Córdoba and Una hora más en Canarias (One More Hour in the Canaries) by David Serrano.

In 2010, in France, she shot Carlos with the director Olivier Assayas, winning film of numerous awards, including the Golden Globe for Best TV Movie. Last year, in Colombia, she starred in Carlos Moreno's critically acclaimed box-office hit, El cartel de los sapos (The Cartel of the Toads).

This year will see the release in Spain of Libertador by Alberto Arvelo and the Italian co-production, La dama velada, and in France, 11.6 by Philippe Godeau and Deux nuits by Denys Arcand. She has completed the shooting of Tiempo sin aire, directed by Andrés Luque Pérez and Samuel Martín Mateos, and Anna, by the French director JacquesToulemonde, a film shot in both Paris and Colombia. She has now started shooting of Le Sanctuaire directed by Olivier Massat-Depasse, in which she plays Yoyes, the first woman to hold positions of responsibility within the ETA group. 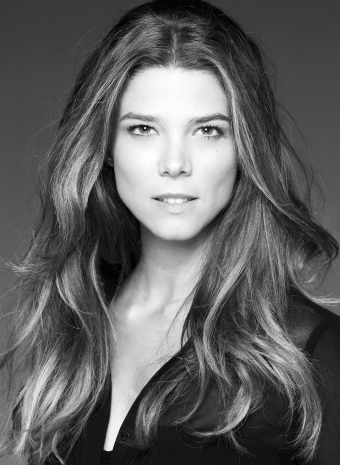