Born in Mexico in 1949. Film critic and writer. Publishes regularly in Time Out Barcelona and Fotogramas, to which she has been contributing since 1986. Has worked on several television programmes about the cinema, including Cinema 3 and Código Cine. Director of the BTV programme, Ultima sessió (2002). Co-director with Mariona Omedes of the audiovisual Cantonades Viscudes for the Forum 2004. Screenwriter of the documentary Y el cine marcha (2008), directed by Manuel Huerga on commission from Amnesty International to commemorate the 60th anniversary of the Universal Declaration of Human Rights. Coordinated the documentary Stupor Mundi, Una aproximación a la obra de Ramón Herreros by Hilari M. Pellicé (2013).

Has been teaching Film Criticism at the ESCAC since 2008. Author of more than twenty books about cinema, including the first one written on the subject of Pedro Almodóvar (1988), Escenarios del crimen (2004) and La vuelta al mundo en 20 festivales (2006).The two most recent date from 2012: Maribel Verdú and Blancanieves, la película. In 2011 she brought out her first novel, La piedra negra.

Nuria Vidal has held positions of varying responsibility at film festivals: Head of Press at the Sitges Festival (1994-1997); member of the San Sebastian Festival Management Committee (1998-2006); Spanish Delegate at the Berlinale (2007-2012). She has also made numerous contributions to international festivals (Turin, Pesaro, Gijón, Verona, Las Palmas, Porto) as a programmer of themed seasons and publications coordinator. She has been writing a film blog since January 2010: http://nuvidal.blogspot.com 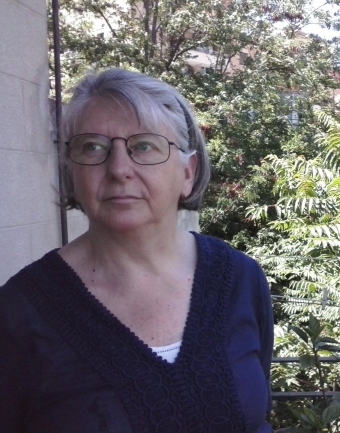