Sara Silveira is today one of the most active film producers in Brazil. Residing in São Paulo since 1981, she began working with film making as production assistant in Nasce uma Mulher, by Roberto Santos, and location producer for Além da Paixão, by Bruno Barreto.

In 1991 she founded with Carlos Reichenbach the Dezenove Som e Imagens production house, heading in partnership with producer Maria Ionescu.

Over these years her projects have accumulated many awards. Alma Corsária (1994) and Bicho de Sete Cabeças (2000) won the Candango Trophy for Best Film in the Brasilia Film Festival. Durval Discos won the Kikito in Gramado, 2003. Cinema Aspirinas e Urubus (Cinema, Aspirins and Vultures) was selected for the Films in Progress section at the San Sebastian Festival in 2004, won the National Educational Prize in Cannes Festival 2005 (Un Certain Regard) and was also the Brazilian Official Entry for Best Foreign Language Film at the Oscar 2007.

Among her most recent films produced, there is Avanti Popolo, by Michael Wahrmann, which has won the Best Film award at Mostra Cinema XXI, in Rome Festival 2012; O que se move, by Caetano Gotardo, has been participating in several national and international festivals, granted with the award of Best Film on IV Semana dos Realizadores; Era uma vez eu, Verônica (Once Upon a Time Was I, Verônica), by Marcelo Gomes, honorable mentioned by the jury of San Sebastian Festival – Horizontes Latinos; Trabalhar Cansa, by Juliana Rojas and Marco Dutra, participated in the Un Certain Regard section of Cannes Festival 2011. Girimunho (Swirl), by Helvécio Marins Jr. and Clarissa Campolina,participated in the Orizzonti competition of Venice Festival 2011, taking the Interfilm Award, and also in San Sebastian's Horizontes Latinos. 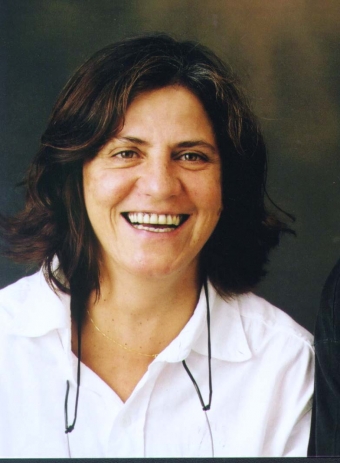