Director, screenwriter, producer and plastic artist. Born in Barquisimeto, Venezuela. Having studied animated film in Paris, she graduated in the first generation from the EICTV Film School (Cuba). Her short film Calle 22 travelled the world and received 22 international awards.

Her first feature film, A la media noche y media (At Midnight and a Half, 2000), co-directed with Marité Ugás, was released at the Tokyo Festival, presented at more than 40 international festivals, and won five First Film awards. In 2007 she released Postales de Leningrado (Postcards from Leningrad), winner of 25 international awards, outstanding among which are the Fipresci award, Best Director in Kerala and Best New Film at La Mostra in São Paulo.

With her company, Sudaca Films, she went on to produce El chico que miente (The Kid Who Lies, 2011), directed by Marité Ugás and premiered at the Berlin Festival. It was the biggest box office hit of that year in Venezuela.

In 2013 she brought out Pelo malo (Bad Hair), winner of the Golden Shell at the San Sebastian Festival. The film obtained numerous more awards, particularly including: Silver Astor for Best Screenplay and Best Director at the Mar del Plata Festival; Bronze Alexander and Fipresci Award at Thessaloniki; and Best Screenplay and Actress at the Turin Festival.

She is currently producing Contactado (directed by Marité Ugás), expected to shoot in early 2015.

In the field of Plastic Arts, she works in robotics and electronic art. Her piece Llegaste con la brisa (Fundación Telefónica Award) was exhibited in Caracas, Mexico City, Puebla, Gijón, Lima, Santiago and Beijing (Olympics Cultural Project 2008). Her latest piece, Superbloques, was exhibited in 2014 in Rio de Janeiro, Toulouse and Caracas. She is currently involved in the large-scale interactive project, La araña. 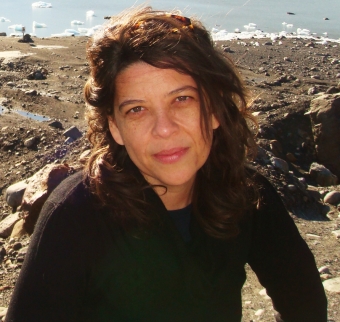