Marjane Satrapi was born in Iran. In 1994, she moved to France. In 2000 she published the first volume of Persepolis which tells the story of her youth in Iran in the 1970s and 80s, of living through the Islamic Revolution and the war with Iraq. Her other books include Embroideries and her latest adult book, Chicken with Plums. Satrapi is also the author of several children's books, including Monsters are Afraid of the Moon and Ajdar.

Marjane Satrapi lives in Paris, where her illustrations appear regularly in newspapers and magazines. The animated film adaptation of Persepolis, that she made with her friend Vincent Paronnaud, has garnered huge international acclaim and won the Jury Prize at the Cannes Film Festival; in 2008 it was nominated for an Academy Award and won two César Awards for Best First Film and Best Adaptation. In all, Persepolis received over 25 major international award nominations and over 15 major international awards.

Marjane Satrapi's live-action film Chicken with Plums made its premiere in the Mostra of Venice in 2011 before winning the Award of Best Film in Abu Dhabi and the Audience Award in Sao Paulo the same year.

Her art work continues to be part of exhibitions, at the Grand Palais, Le Bon Marché and recently «Marjane Satrapi Peintures» at Galerie Jérôme de Noirmont.

In 2012, she directs her third movie, Gang of the Jotas, where she played for the first time.

In 2014, she directs her first american movie, The Voices, with Ryan Reynolds and Gemma Arterton. The film has been selected at the last Toronto Film Festival and will be released in 2015. 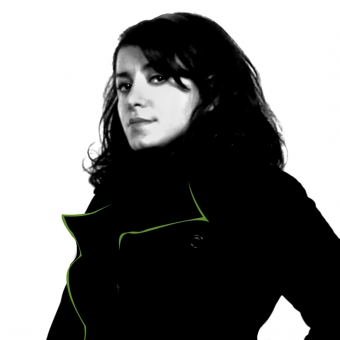