Born in Berlin, Nastassja Kinski set out on her career as a teenage model and made her cinema debut with director Wim Wenders in his 1975 Falsche Bewegung (The Wrong Move). She continued to work on the screen, with important parts in Wolfgang Petersen's Reifezeugnis (1977) and Alberto Lattuada's film, Cosi come sei (Stay as You Are, 1978) alongside Marcello Mastroianni.

Her big break came with the starring part in Roman Polanski's Tess (1979), winning her a Golden Globe for New Star of the Year and a nomination for the César Awards. From then on, Nastassja became one of the most sought-after actresses on the film scene. She worked with the big filmmakers and actors in a career spanning both Europe and the United States: with Francis Ford Coppola in One from the Heart (1982) and Paul Schrader in Cat People (1982), where she starred alongside Malcolm McDowell; as cast partners, she played with Rudolf Nureyev and Harvey Keitel in James Toback's Exposed (1983); Gerard Depardieu and Victoria Abril in La lune dans le caniveau by Jean-Jacques Beineix; Dudley Moore was her sentimental partner in the comedy Unfaithfully Yours (1984) by Howard Zieff; she played in Tony Richardson's The Hotel New Hampshire (1984) with Jodie Foster and Rob Lowe; and, directed by Andrei Konchalovsky, she headlined Maria's Lovers (1984), with Keith Carradine and John Savage.

She collaborated yet again with Wim Wenders in one of the director's best known movies, Paris, Texas (1984), which won the Palme d'Or at Cannes Film Festival, and later, in In weiter Ferne, so nah! (Faraway, So Close, 1993). She landed Best Actress at the German Film Awards for her part in the film directed by her fellow countryman, Peter Schamoni Frühlingssinfonie (Spring Symphony, 1983). She has worked with other important European directors such as Jacques Deray (Maladie d'amour, 1987), Monica Teuber (Magdalene, 1988), Lina Wertmuller (In una notte di chiaro di luna,1989), Paolo and Vittorio Taviani (Il sole anche di notte / The Sun Also Shines at Night, 1990), Andrey Eshpay (The Insulted and the Injured, 1991) – alongside with Nikita Mikhalkov–, Michael Winterbottom (The Claim, 2000) and Éva Gardós (An American Rhapsody, 2011). She also starred in Edoardo Ponti's Il Torno di notte lo fanno le stelle (2012), which was awarded as Best Narrative Short at Tribeca Film Festival.

Nastassja has also continued her career in the United States together with popular Hollywood stars: Charlie Sheen and James Gandolfini in Deran Sarafian's Terminal Velocity (1994); Robin Williams and Billy Cristal in Ivan Reitman's comedy Father's Day (1997); Wesley Snipes in One Night Stand (1997) under the orders of Mike Figgis, and with Ben Stiller in Neil LaBute's Your Friends & Neighbours (1998). 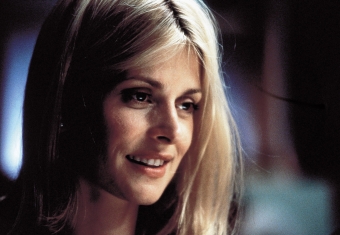