Agustina Chiarino Voulminot was born in Montevideo in 1977. She is a Technician in Political Sciences, with a Degree in Communication and a Master’s Degree in Creative Documentary.

In her early days she worked on editorial projects in Mexico (including the book of the film Y tu mamá también – And Your Mother Too)and on videos exhibited in museums directed by Juan Carlos Rulfo, in addition to producing several short films and music videos.

La discípula del velócimetro, by the artist Miguel Calderón, was her first feature film as a producer. It screened at the Rotterdam Festival and at the Pompidou Centre in 2008.

In 2007 she joined Control Z Films and produced the feature films Gigante (2009), directed by Adrián Biniez (winner of the Silver Bear-Grand Jury Prix, Alfred Bauer Prize and Best Debut Film at the Berlinale), Hiroshima (Toronto Festival), 3 (Cannes Directors’ Fortnight), both directed by Pablo Stoll, and Tanta agua by Ana Guevara and Leticia Jorge, participating film in Films in Progress 21 at the San Sebastian Festival and subsequently in the Panorama section of the Berlin Festival.

In 2011 she founded Mutante Cine with Fernando Epstein. They produced El 5 de talleres, second film by Biniez (Venice Days section of the Venice Festival) and co-produced Benjamin Naishtat’s Historia del miedo (Berlin Festival), and Ana Katz’s Mi amiga del parque (My Friend from the Park). Since 2012, they have also been teaching the training workshop “Puentes” in association with EAVE.

She was responsible for developing new projects and co-productions at Uruguay’s Canal 10 and was a professor at the Universidad Católica. She has participated internationally in workshops, as an adviser and exhibitor in training activities and forums, and has served on the juries of development funds and international festivals. 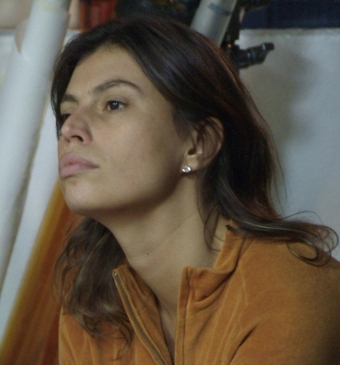