Daniel Monzón (Palma de Mallorca, 1968). At the age of ten he had already drawn on an ancient Cine Nic machine his peculiar animated version of King Kong, which he screened for his neighbours with music and sound effects of his own making. Before moving behind the camera, he was a journalist and film critic for press and radio. He also worked for several years in Spanish Television, as deputy director of the programme Días de cine.

He started working as a screenwriter with Gerardo Herrero in the film Desvío al paraíso (Shortcut to Paradise, 1994). In 2000 he made his directorial debut with El corazón del guerrero (Heart of the Warrior), landing a Goya nomination for Best New Director and a myriad of awards all round the world (Montreal, Beijing, Brussels, Amsterdam, Porto, etc.). He went on to direct El robo más grande jamás contado (The Biggest Robbery Never Told, 2002) and the thriller La caja Kovak (The Kovak Box, 2007), winner of the Audience Award at the Lund Fantastic Film Festival (Sweden). In 2009 he released Celda 211 (Cell 211), a harsh prison story which enjoyed wide international acclaim and for which he won, among many other accolades, the Best Director and Best Adapted Screenplay Goyas. In 2014 he released his latest feature film to date, El Niño (The Kid), one of the most successful movies in the Spanish cinema of recent years. 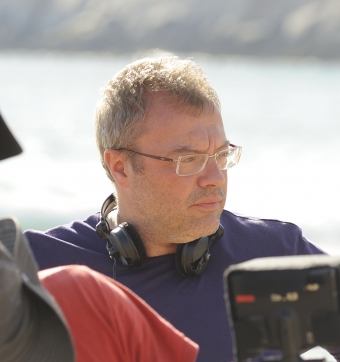