Having studied Contemporary literature at the Sorbonne, Julie Salvador began her film career in 1990 as an assistant unit and production manager with Diane Kurys and later with Jean-Marie Poiré on Les visiteurs (The Visitors, 1990). She then became a production manager, working with Manuel Poirier, Christian Vincent, Orso Miret, Anne Fontaine and Raoul Ruiz, among others.

In 2005 she met Alain Resnais and became the line producer of Coeurs (Private Fears in Public Places, 2006). Thus began a friendship that led them to collaborate on the director’s subsequent film, Les herbes folles (Wild Grass, 2009), in which she participated as associate producer.

Encouraged by Alain Resnais, she created her own production company in 2008, baptising it with the name of Christmas in July in a nod to the film by Preston Sturges, one of Resnais’ favourite filmmakers. Within the company, she continued to work with Resnais, co-producing Vous n’avez encore rien vu (You Ain’t Seen Nothin’ Yet) in 2012.

She is now about to start shooting Emmanuelle Cuau’s third feature film and she continues to collaborate with Yolande Moreau and Thomas Salvador. Among her developing projects are the new film by Sophie Fillières and the coming co-production of Tom Shoval’s second feature film. 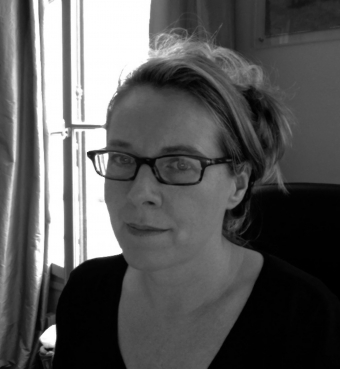