Paprika Steen is one of Scandinavia’s greatest actresses. She masters both comedy and drama and can mould herself into any character imaginable. She has received numerous awards and nominations.

In the 1990s Steen contributed hugely to the Dogme Movement and starred in the first three Dogme films: Thomas Vinterberg’s The Celebration (1998), Lars Von Trier’s The Idiots (1998), and Søren Kragh-Jacobsen’s Mifune (1999).

Steen won her first Bodil Award as Best Supporting Actress in 2000 for The One and Only (Den eneste ene, Susanne Bier). In 2002, she won the Bodil Award, the Robert Award and the American Film Institute's Grand Jury Prize for her leading role inOkay (Jesper W. Nielsen). That same year she also won a Robert Award for Best Supporting Actress in her fourth Dogme film, Open Hearts(Elsker dig for evigt, Susanne Bier), premiered in the Official Section at the San Sebastian Festival.

Steen made her directorial debut in 2004 with the drama Aftermath (Lad de små børn...) about the emotional trauma of a young couple after the death of their daughter. The film received awards at several festivals including the Lübeck Nordic Film Days and the Film by the Sea International Festival. 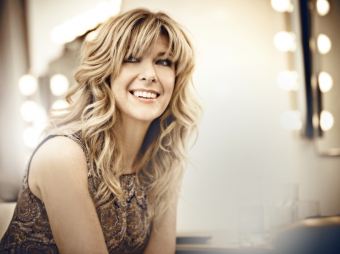