The Official Selection of the 64th San Sebastian Festival will include the European premiere of the latest movie by J.A. Bayona, A Monster Calls (Un monstruo viene a verme), participating out of competition. Headlining its cast are Sigourney Weaver, Felicity Jones, Lewis MacDougall and Liam Neeson. Weaver will receive a Donostia Award at the gala screening of the film on September 21st in the Kursaal Auditorium. The Festival’s most important honorary award acknowledges the career of the North American actress whose name has presided over some of the biggest productions in the last few decades, under the direction of moviemakers such as Ridley Scott, Peter Weir, James Cameron, Mike Nichols, Roman Polanski, Ang Lee and David Fincher.

The Spanish production from Apaches Entertainment, Telecinco Cinema and Películas La Trini, to be distributed by Universal Pictures International Spain, is one of the most eagerly awaited films of the year.

A Monster Calls (Un monstruo viene a verme) is based on the novel of the same name by Patrick Ness, selected as the best young-adult book in the United Kingdom. Ness, who also signs the screenplay, tells the story of Cooper, a twelve-year-old boy who struggles to cope with his mother’s illness with the help of a monster who visits him in the middle of the night.

This, the third feature film in Bayona’s (Barcelona, 1975) brilliant career, closes a trilogy of intense tales above all focussing on the bond between mothers and their children. His debut movie, El Orfanato (The Orphanage, 2007), premiered at the Cannes Critics’ Week, scooped seven Goyas, including Best New Director. The second, The Impossible (Lo imposible, 2012) was screened in the Official Selection out of competition at San Sebastian and landed five Goyas, including Best Director, in addition to Oscar and Golden Globe nominations for the performance of Naomi Watts.

The next project by Bayona, who received the National Film Award at the Festival in 2013, is to helm the sequel of Jurassic World.

The acceptance of the Donostia Award will be Sigourney Weaver’s third visit to the Festival, after presenting Alien in 1979 and A Map Of the World in 1999. She is the twentieth actress to receive the award, which celebrates its 30th anniversary in 2016.

Academy Award nominated and Golden Globe winning actress Sigourney Weaver has created a host of memorable characters, both dramatic and comic, in films ranging from Ripley in Alien to Dian Fossey in Gorillas in Mist. Over the years, she has captivated audiences and won acclaim as one of the most esteemed actresses on both stage and screen.

Born and educated in New York City, Weaver graduated from Stanford University and went on to receive a Masters degree from the Yale School of Drama. Her first professional job was as an understudy in Sir John Gielgud's production of The Constant Wife, starring Ingrid Bergman.

Sigourney Weaver made her motion picture debut in Ridley Scott’s blockbuster Alien. She later reprised the role of Warrant Officer Ripley in James Cameron’s Aliens, which earned her Academy Award and Golden Globe nominations for Best Actress. She again brought Ripley back to life in David Fincher’s Aliens 3, which she also co-produced and Alien Resurrection for director Jean-Pierre Jeunet.

Following Alien, Weaver had starring roles in three back to back hit movies: Gorillas in the Mist, in which she portrayed primatologist Dian Fossey, the Mike Nichols comedy Working Girl, and Ghostbusters II. Weaver received her second and third Academy Award nominations and was awarded Golden Globes for her performances in Gorillas in the Mist and Working Girl. Other films include the thriller Copycat, Paul Rudnick’s comedy Jeffrey, Roman Polanski’s gripping film adaptation of Death and the Maiden, Half Moon Street with Michael Caine, Ridley Scott’s 1492, One Woman or Two with Gerard Depardieu, Eyewitness with William Hurt and Showtime’s live-action film Snow White, based on the original Grimm’s fairytale, which earned her an Emmy nomination and a Screen Actors Guild nomination.

In 1997 Weaver joined the ensemble of Ang Lee’s critically acclaimed film The Ice Storm playing alongside Kevin Kline, Joan Allen, Elijah Wood and Christina Ricci. Her performance garnered her a BAFTA Award, a Golden Globe nomination and a Screen Actors Guild nomination for Best Supporting Actress. She later gave a galvanizing performance in A Map of The World, Scott Elliott’s powerful drama based on the novel by Jane Hamilton, which earned her universal critical praise and a Golden Globe nomination for best actress. She delighted audiences with her flair for comedy, along with crewmates Tim Allen and Alan Rickman, in the science fiction comedy Galaxy Quest directed by Dean Parisot, which proved to be a hit of the 1999 Holiday season. She followed this with the popular comedy Heartbreakers, playing opposite Gene Hackman and Jennifer Love-Hewitt.

In 2003, Weaver played the cold-blooded, red-headed warden in the hit comedy Holes, directed by Andy Davis and starred in the film version of The Guys, with Anthony LaPaglia, directed by Jim Simpson. Following this, Weaver appeared in M. Night Shamalyan’s The Village and received rave reviews for her performance in Imaginary Heroes written and directed by Dan Harris.

Weaver will next be seen in A Monster Calls alongside Liam Neeson and Felicity Jones. She recently completed production on (Re) Assignment. This fall she will begin production on the next three films in James Cameron’s Avatar series as well as on the Untitled Neill Blomkamp/Alien Project.

In addition to her film credits, Sigourney Weaver has also taken time to shine on the stage. Weaver started out on Off-Off Broadway in Christopher Durang’s The Nature and Purpose of the Universe, Titanic and Das Lusitania Songspiel, She and Durang co-wrote Das Lusitania which earned them both Drama Desk nominations. She has appeared in numerous Off-Broadway productions in New York, working with such writers as John Guare, Albert Innaurato, Richard Nelson and Len Jenkin. In regional repertory, she has performed works by Pinter, Williams, Feydeau and Shakespeare. She also appeared in the PBS mini-series The Best of Families.

Weaver originated roles in two A.R. Gurney world premieres, Crazy Mary at Playwrights Horizons, and Mrs. Farnsworth, at the Flea Theater. She also starred in Neil LaBute’s play The Mercy Seat, opposite Liev Schreiber, which John Lahr of The New Yorker described as offering “performances of a depth and concentration that haven't been seen in New York for many seasons.” Weaver also originated the female lead in Anne Nelson's The Guys at The Flea, where it was commissioned and directed by Jim Simpson. The Guys tells the story of a fire captain dealing with the aftermath of 9/11. 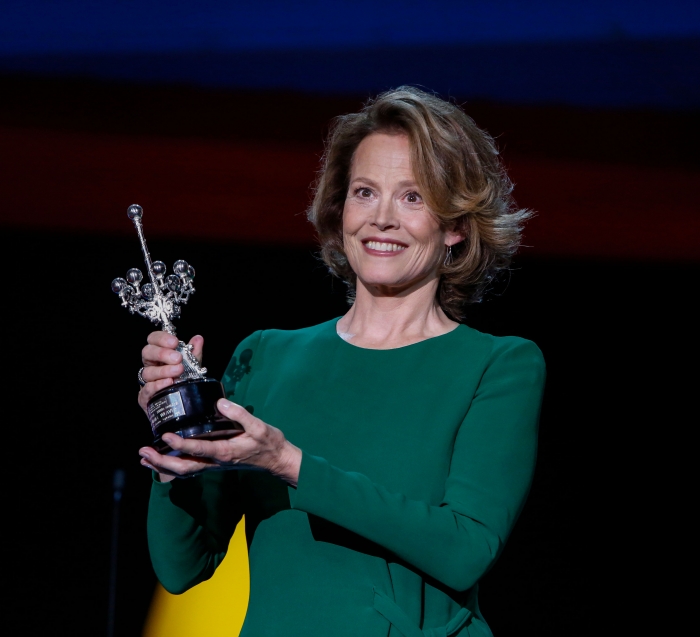 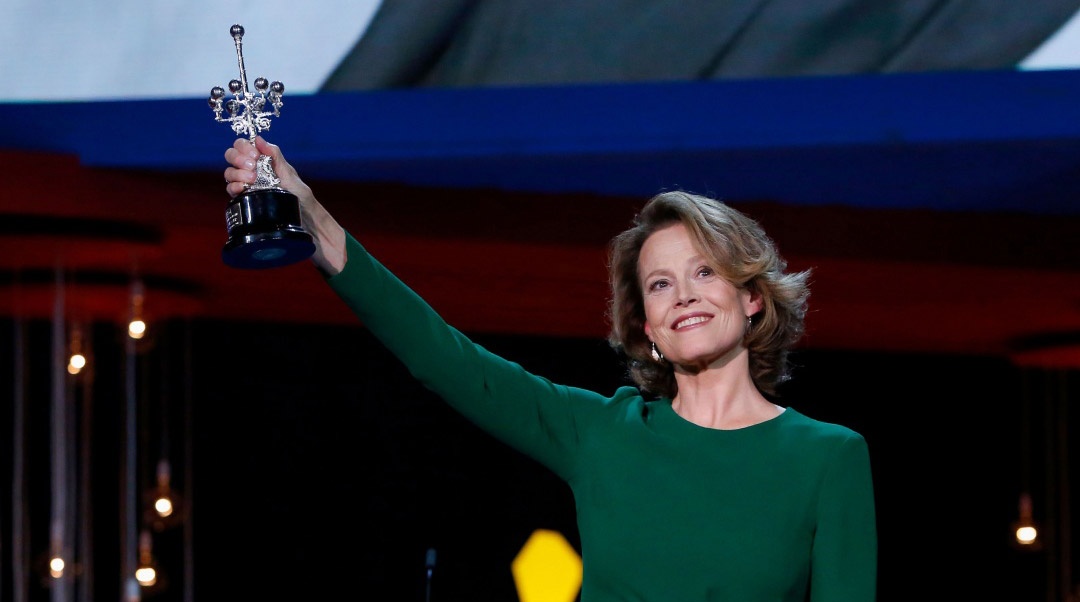