Zabaltegi-Tabakalera, the San Sebastian Festival section open to the most varied and surprising movies of the year, where there are no formal rules or restrictions on subject matter, will this year open its first edition as a competitive section with Bertrand Tavernier’s latest film, Voyage à travers le cinéma français / A Journey Through French Cinema, a documentary looking at filmmaking in his country. His film will compete with the latest works by noteworthy moviemakers on the international scene including Terence Davies, Lav Diaz, Jim Jarmusch, Hayoun Kwon, Jean-François Laguionie, Deborah Stratman, José Luis Torres Leiva, and other titles to be announce in the coming weeks, for the Zabaltegi-Tabakalera Award with its 20,000 euros.

Tavernier (Lyon, 1941), one of the great masters of French cinema, has enjoyed a long relationship with the Festival, which dedicated a retrospective to him in 1999, the year he chaired the Jury. His film Coup de Torchon was screened in the Official Selection in 1982, Capitaine Conan (Captain Conan) bagged a Jury Special Mention in 1996, Ça commence aujourd’hui (It All Starts Today) won the Audience Award in 1999 and Holy Lola landed the same prize in 2005, while in 2013 he returned to the Official Selection with the farce Quai D’Orsay, winner of the Best Screenplay Award. Some of his other international successes are L'horloger de Saint-Paul (The Clockmaker, 1974), Round Midnight (1986), La vie et rien d'autre (Life and Nothing But, 1989), La fille de d'Artagnan (Revenge of the Musketeers, 1994), L'appât (Fresh Bait, 1995) and La princesse de Montpensier (The Princess of Montpensier, 2010). The French historian and critic, president of the prestigious Institut Lumière in the city of his birth, presented at Cannes Classic his latest work, an expedition into the history of French cinema and a homage to filmmakers such as Becker, Renoir and Bresson, in which he has invested six years of work.

Davies (Liverpool, 1945) and Jarmusch (Akron, Ohio, 1953) explore, through fiction and documentary, the story of two artistic careers: the life of the writer Emily Dickinson and the epic story of The Stooges, the group that Iggy Pop started out with. This will be the Spanish premiere for both the British director’s A Quiet Passion, after its screening in Berlin, and for Gimme Danger, which was shown out of competition in the Official Section at Cannes.

Jarmusch’s films, a benchmark in independent cinema, have been a regular feature in the last few years at the Festival: Broken Flowers (2005) and The Limits of Control (2009) were selected in Pearls, and Ghost Dog: the Way of the Samurai formed part of the American Way of Death: American Film Noir 1990-2010 retrospective.

Davies’ film career includes such outstanding work as Distant Voices, Still Lives (1988), which won the Golden Leopard at Locarno, The Long Day Closes (1992), which competed at Cannes, The House of Mirth (2000), which premiered at Locarno, Of Time and the City (2008), the documentary selected in Zabaltegi-Specials after being screened at Cannes, and The Deep Blue Sea (2011) and Sunset Song (2015), which competed in the Official Section at San Sebastián, where he was given a retrospective in its 56th edition (2008).

Both direct and write their films, as do Lav Diaz (Datu Paglas, 1958) and Deborah Stratman (Washington, 1967). Hele Sa Hiwagang Hapis / A Lullaby to the Sorrowful Mystery, the 480 minute-long film by the Filipino director about colonial oppression in his country, received the Alfred Bauer Prize at the Berlinale, an award that recognises work that opens up new perspectives on cinematic art. The director of Melancholia, which won the Orizzonti Prize at Venice, is back in Zabaltegi, which in 2013 included the world premiere of Prologo sa ang dakilang Desaparecido / Prologue to The Great Desaparecido and Norte, hangganan ng kasaysayan / Norte, The End of the Story, after it had been screened in Un certain regard at Cannes.

For her part, Stratman presented the documentary The Illinois Parables, which was screened for the first time at Sundance and had its European premiere in Berlin. In this experimental piece, the renowned American artist and filmmaker, whose previous film Second Sighted (2014) was programmed at Tabakalera in its contemporary film season, explores the historical role that beliefs have played in social ideology and national identity.

El viento sabe que vuelvo a casa by José Luis Torres Leiva (Santiago, 1975), that was premiered at the Rotterdam Festival, is a meta-film that focuses on the documentary filmmaker Ignacio Agüero, who has acted in other films by the Chilean director such as El cielo, la tierra, y la lluvia (2008) and Verano (2011), which could be seen as part of the Circuito programme at Tabakalera in 2014.

The multimedia artist Hayoun Kwon (Seúl, 1981), who lives between Korea and France, analyses 489 Years in a twelve-minute-long animated short film based on the testimony of an ex-soldier from South Korea. Her previous film, Village modèle, about a propaganda village built by North Korea, was also shown in Rotterdam and as part of the Circuito programme last year.

We will be able to see Louise en hiver, recently premiered at the Annecy Festival, by the prestigious French animated filmmaker Jean-François Laguionie (Besançon, 1939), whose film Le tableau was programmed at the Festival in 2013 as part of the Animatopia: New Paths in Animated Cinema retrospective. 50 years ago Laguionie won the Grand Prix at Annecy with La demoiselle et le violoncelliste (The Young Lady and the Cellist, 1965) and the Golden Palm for best short film at Cannes for Rowing Across the Atlantic in 1978.

The Tabakalera building, where Zabaltegi is based, will be the venue for the first screening of all the films in the section. 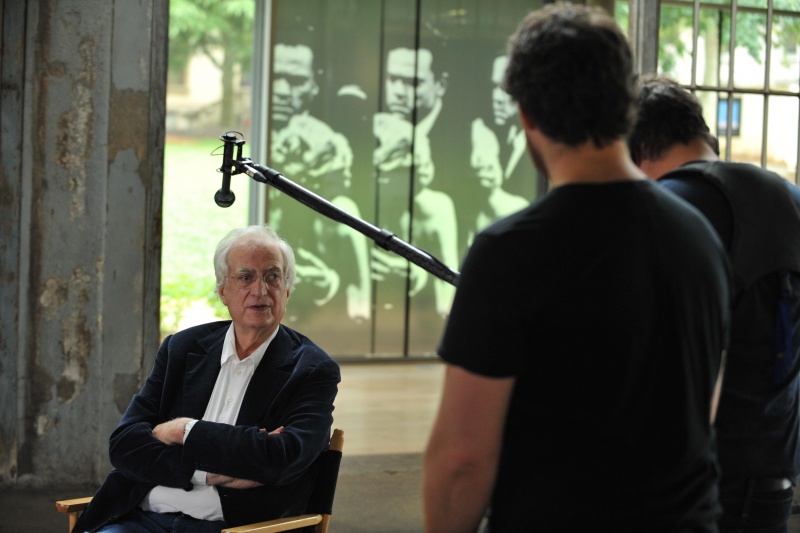 Bertrand Tavernier loves cinema. Along the lines of A Personal Journey with Martin Scorsese Through American Movies, Tavernier presents us with a sharp and personal approach to French cinema, the films, directors, composers and dialogues he has loved most in his life. From Jean Renoir to Claude Sautet, from Henri Decoin to Jacques Becker, casting an eye over François Truffaut, Jean-Luc Godard, Louis Malle and many other famous moviemakers on the way, Bertrand Tavernier treats us to a fresh look at the gems of cinema. 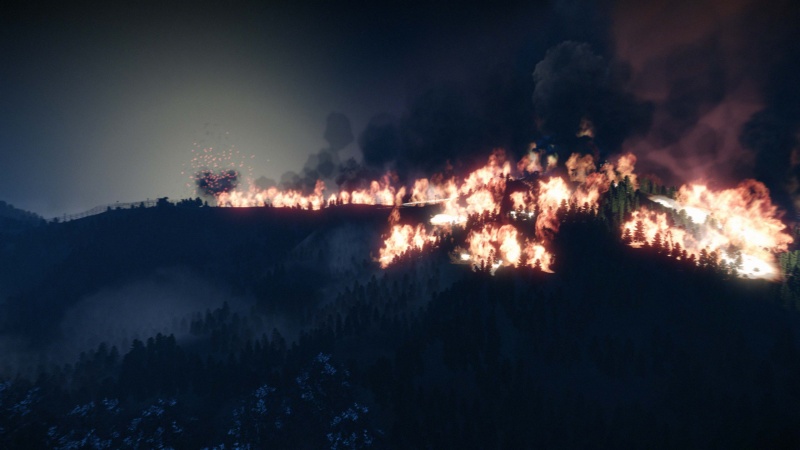 An animated short film, winner of an award at the 62nd Oberhausen International Festival, 489 Years uses the testimony provided by Kim, a former soldier from South Korea, to give us access to the demilitarized zone between the two Koreas, plunging us into the heart of the soldier’s personal memories. Kim tells us about his experiences on a research mission and the amazing discovery he made in a field full of mines (laid by South Korea with no record of where they were placed). He talks about a place where people are forbidden, and where nature has totally regained its hold… 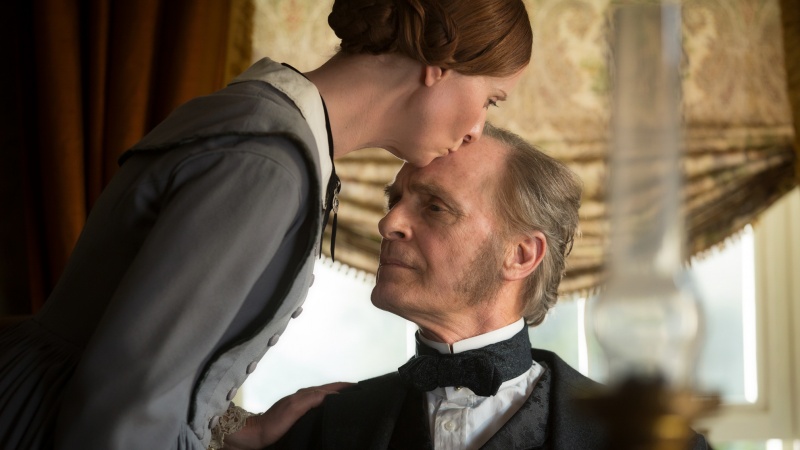 Who was Emily Dickinson? Who hid behind the poet who spent most of her life at her parents’ home in Amherst, Massachusetts? The mansion where she lived provides the backdrop to the portrait of an unconventional woman who we know very little about. Born in 1803, she was considered to be a talented child, but an emotional trauma forced her to abandon her studies. From that moment on she withdrew from society and began to write poems. Despite her solitary life, the writer’s work takes the reader on a fascinating journey around the world. 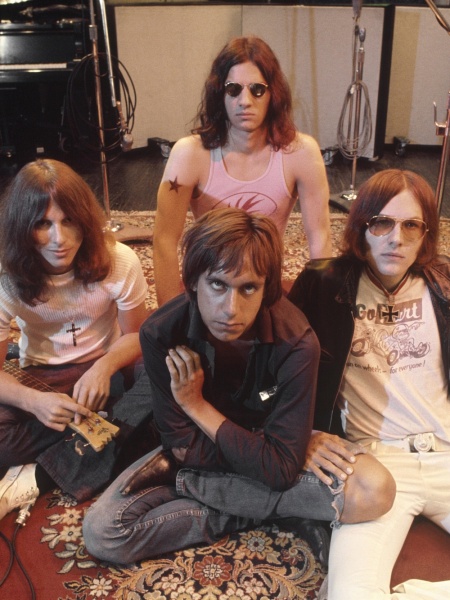 The powerful aggressive rock 'n' roll of The Stooges, who came out of Ann Arbor (Michigan) during the countercultural revolution, was like a bombshell on the music scene of the late 1960s. With their fusion of rock, blues, R&B and free jazz, the band that Iggy Pop started out in laid the foundations for what would later be known as alt-rock. Gimme Danger tells the epic story of The Stooges and presents the context in which one of the most important rock bands of all time evolved musically, culturally, politically, and historically, through their adventures and joys and sorrows, and recalls their sources of inspiration and the reasons for the early commercial challenges they faced. 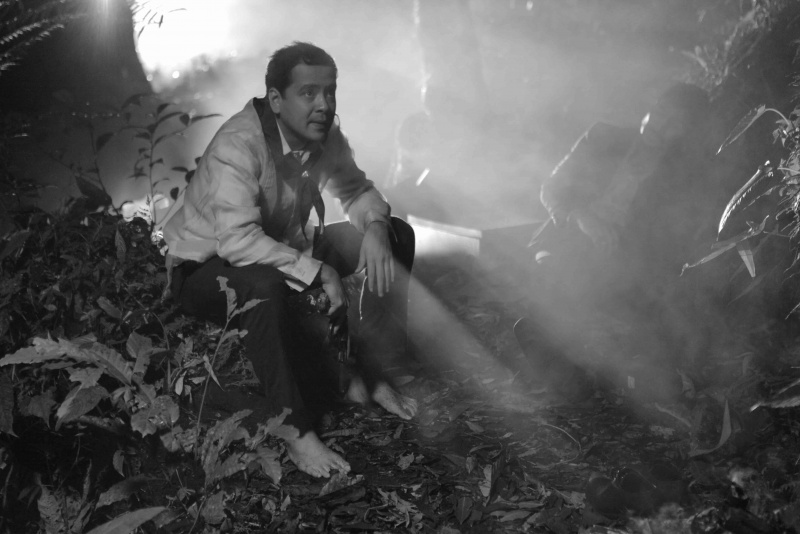 Various interconnected narrative threads on the Philippine Revolution of 1896-1897 against the Spanish colonial government make up Hele Sa Hiwagang Hapis / A Lullaby to the Sorrowful Mystery: the story of the ballad of Jocelynang Baliwag, which became the hymn of the revolution; Gregoria de Jesús’s desperate search for the body of the father of the Philippine Revolution, Andrés Bonifacio; the journey of the national heroes Simon and Isagani, who are fictional characters; and the role of the mythical hero of the Philippine resistance, Bernardo Carpio, and the half-man, half-horse Tikbalang / Engkanto in the Philippine psyche. This film represents a fusion of history, literature and mythology. 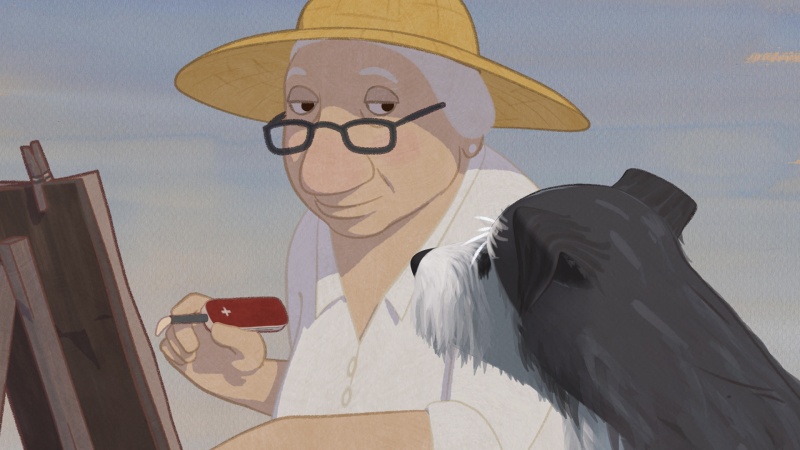 On the last day of summer, Louise, an old woman realizes that the last train has departed without her. She finds herself alone in a small seaside resort town, abandoned by everyone. The weather quickly turns for the worse followed by the seasonal tides. Fragile and coquettish, not nearly as well-prepared as a would-be Robinson Crusoe, Louise isn’t likely to make it through the winter. Yet, Louise takes her abandonment as a challenge. She’s going to survive, confronting the elements as well as her memories, which have found the perfect occasion to join in the adventure… 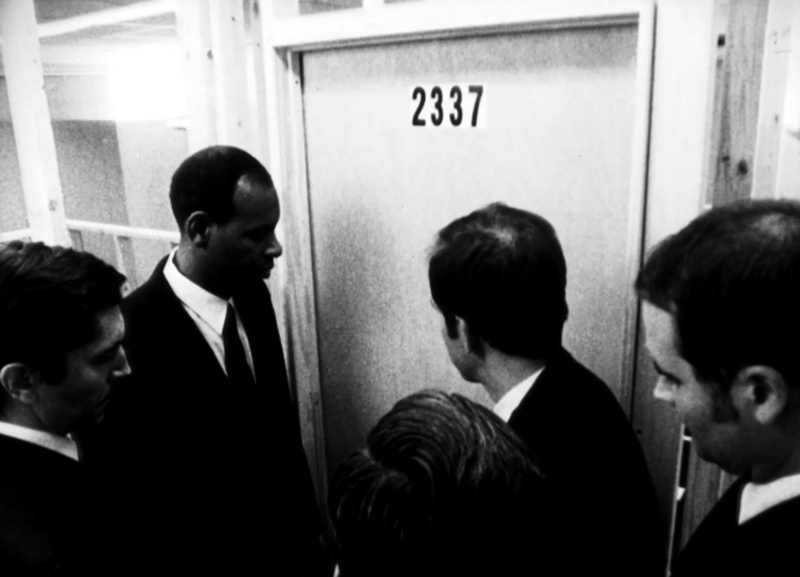 An experimental documentary. Eleven parables recount events from the history of the state of Illinois: regional vignettes about faith, force, technology and exodus. From the violent eviction of the Cherokee to the establishment of a utopian community of French Icarians, the invention of the nuclear reactor, and the murder of Black Panther leader Fred Hampton, the film relays histories of settlement, removal, technological breakthrough, violence, messianism, and resistance. Illinois functions here as a convenient structural ruse, allowing its histories to become allegories that explore how societies are shaped by conviction and ideology. 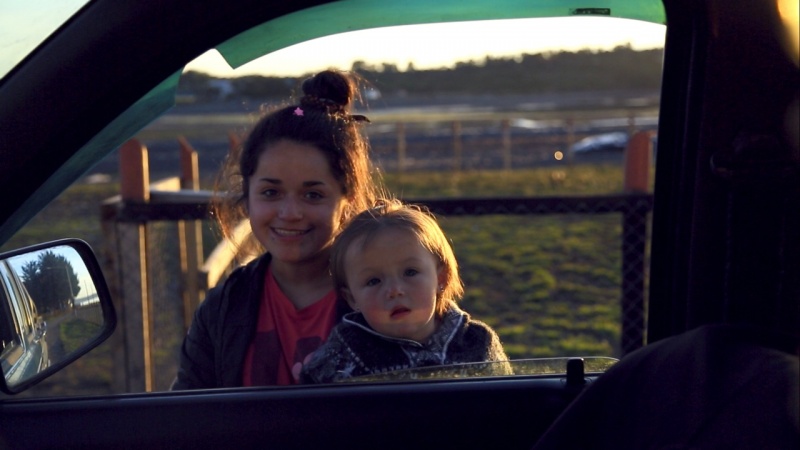 The Chilean documentary maker Ignacio Agüero is preparing his first fictional feature film based on an old documentary project that he never completed. In the early 1980s, on the island of Meulín, in the Chiloé region, a young couple disappears in the woods in the area totally without trace. A myth developed around this mysterious tragic love story. Ignacio Agüero will travel to the scene of the crime in search of locations and non-professional actors to finally gradually discover how his film is going to develop. 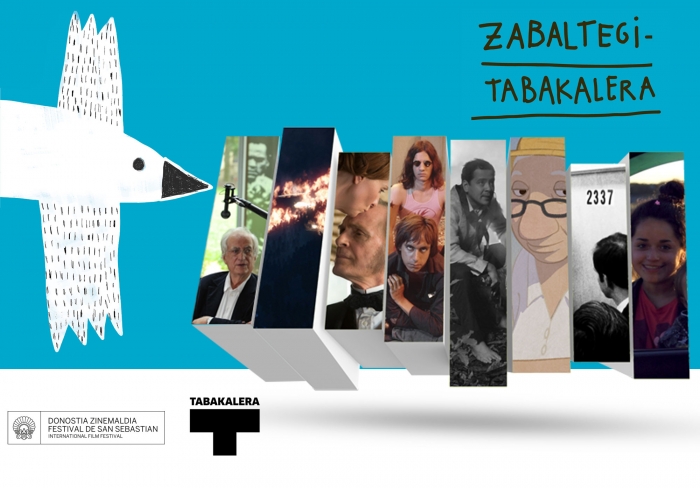 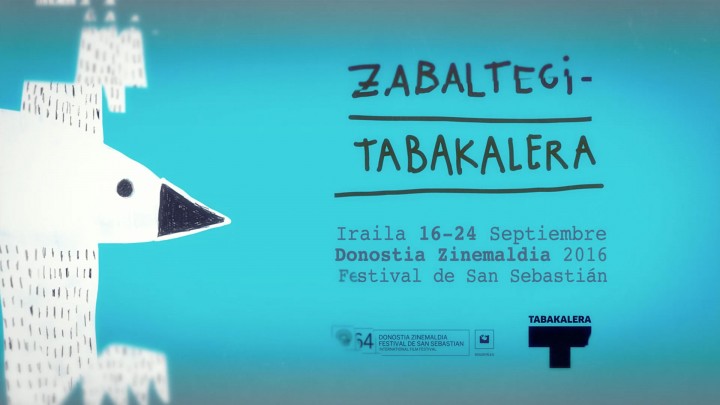