The 2016 Panavision award goes to a flm with cheek. It has a strong take on human desire and uses the cinematic language in a surprising and precise way.

The Panavision Award carrying a complete camera package including RED Epic camera and Primo standard lenses for four weeks of filming, or a voucher worth €10,000 for renting any kind of Panavision material, for the winning director.

Orona Award to the most cutting - edge short film in the Meeting:

Moving away from the classical narrative and achieve a picture of its memories through an innovative treatment of the image, sound and time, 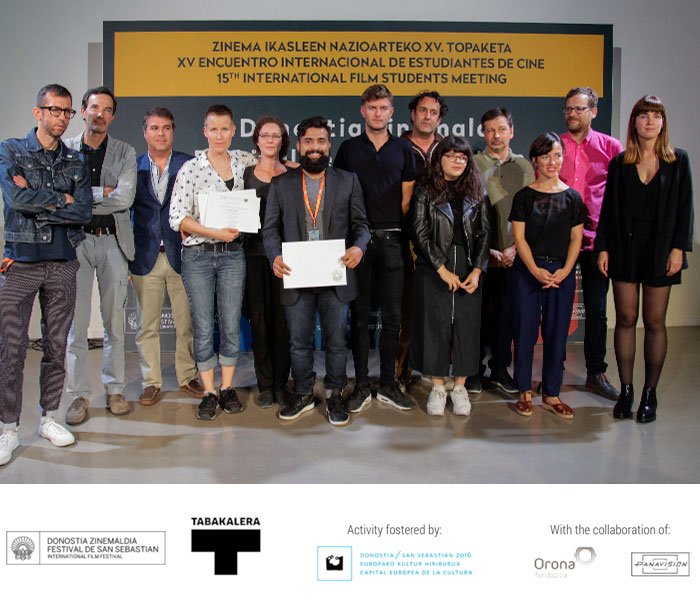