Danny DeVito is one of the entertainment industry’s most versatile players, excelling as actor, producer and director.

The award-winning performance as Louie De Palma on the television show Taxi was what propelled DeVito to national prominence. He won both an Emmy and a Golden Globe. In a 1999 readers’ poll conducted by TV Guide, DeVito’s Louie De Palma was voted number one among ‘TV’s Fifty Greatest Character’s Ever’.

DeVito made his Broadway debut in 2017 in Arthur Miller’s The Price in the role of Gregory Solomon, earning him his first Tony Award nomination. He won a Drama Desk Award, Outer Critics Circle Award and Broadway.com Audience Choice Award for the role.

He returns as Frank Reynolds in FXX’s acclaimed cult comedy It’s Always Sunny in Philadelphia, and will next be seen in season thirteen debuting in September.

DeVito has been reunited with director Tim Burton for his next film Dumbo, which recently completed filming in England. Most recently, he was seen in Sony Classics’ The Comedian, with Robert De Niro and Leslie Mann, directed by Taylor Hackford. DeVito directed, starred in and co-produced short film Curmudgeons, which premiered at the 2016 Tribeca Film Festival and was later seen at the 2016 Seattle Film Festival and 2016 London Film Festival. In 2016, DeVito also co-starred in the Todd Solondz’ dark comedy Wiener-Dog.

He will next be heard voicing Chesterfield in the animated film Animal Crackers and in Warner Bros.’ animated Smallfoot. Currently, DeVito is recording a character for Walt Disney Pictures The One and Only Ivan. In 2012, DeVito voiced the Lorax in Universal Pictures’ animated feature The Lorax, based on the book of the same name by Dr. Seuss. His voice was also heard in the German, Russian, Spanish and Italian versions of the film.

In 2015, DeVito was executive producer on the biographical documentary Harold and Lillian: A Hollywood Love Story. In 2014 he co-produced Universal Pictures’ crime drama A Walk Among the Tombstones and starred in All The Wilderness. In 2012 DeVito starred in Sebastian Gutierrez’s black and white crime drama, Hotel Noir.

Throughout his career, DeVito has directed more than 25 projects, including Matilda, Death To Smoochy, The War of the Roses, Hoffa, Throw Momma From the Train, The Ratings Game and numerous short films, TV movies and episodes of television, including Taxi.

DeVito runs TheBloodFactory.com, an online collaboration with screenwriter John Albo of horror shorts he affectionately refers to splatter cuts. He is also the principal of Jersey Film’s 2nd Avenue, a successor company of Jersey Films. Jersey Films has produced over 20 motion pictures, including Freedom Writers, Be Cool, Garden State, Along Came Polly, Man on the Moon, Pulp Fiction, Out of Sight, Get Shorty, Hoffa, Matilda, Living Out Loud and Erin Brockovich, which was nominated for an Academy Award.

Apart from his work with Jersey Films, DeVito has starred in such films as The War of the Roses, Junior, Batman Returns, Twins, Romancing the Stone, Jewel of the Nile, Ruthless People, Throw Momma From the Train, Tin Men, Anything Else, Big Fish, Renaissance Man, The Big Kahuna and Heist. He also starred in The Good Night, Deck The Halls, Relative Strangers, The OH in Ohio, Be Cool, Nobel Son and Even Money.

DeVito attended Our Lady of Mt. Carmel grammar school and Oratory Prep School in Summit, N.J., but appeared in only one school play, as St. Francis of Assisi. After graduation, he pursued several odd jobs, always with the idea of acting in the back of his mind. He finally entered the American Academy of Dramatic Arts in New York. "They had fencing and a speech class," he said mockingly, "so you don't talk funny." Unable to get work, Danny bought a round-trip ticket and headed to Hollywood. After years of unemployment, he returned to New York. He called an old friend and former American Academy professor who, coincidentally, had been seeking him out for a starring role in one of three one-act plays presented together under the title of The Man With the Flower in His Mouth. Soon Danny was into ‘big money’ ($60 a week), and other stage performances followed. Among his credits were Down the Morning Line, The Line of Least Existence, The Shrinking Bride and One Flew Over the Cuckoo's Nest.

In 1975, under a grant from the American Film Institute, Danny and his wife, actress Rhea Perlman, wrote and produced Minestrone, which has been shown twice at the Cannes Film Festival and has been translated into five languages. Later they wrote and produced a 16-millimeter black-and-white short subject, The Sound Sleeper, which won first prize at the Brooklyn Arts and Cultural Association competition.

In 2018, the mayor of Asbury Park, NJ—the town in which he was raised—declared November 17 (DeVito’s birthday) as Danny DeVito day in the city of Asbury Park, in perpetuity.

DeVito carries his success well. Never forgetting that there were more difficult times, he maintains a healthy sense of perspective. As Taxi character Louie DePalma, would say, "If you don't do good today, you'll be eatin' dirt tomorrow."

Tickets for the Donostia Award ceremony at which Danny DeVito will receive his accolade are on sale at the price of 45 euros.

The award will be presented prior to screening of Rodrigo Sorogoyen's film El Reino (The Kingdom) on Saturday 22 at 19:30. Tickets can now be purchased on the Festival website. Tickets are also still on sale for the Donostia Award ceremony for Hirokazu Kore-eda, to take place at the Victoria Eugenia on Sunday 23 at 20:30, prior to the screening of Manbiki / Shoplifters. 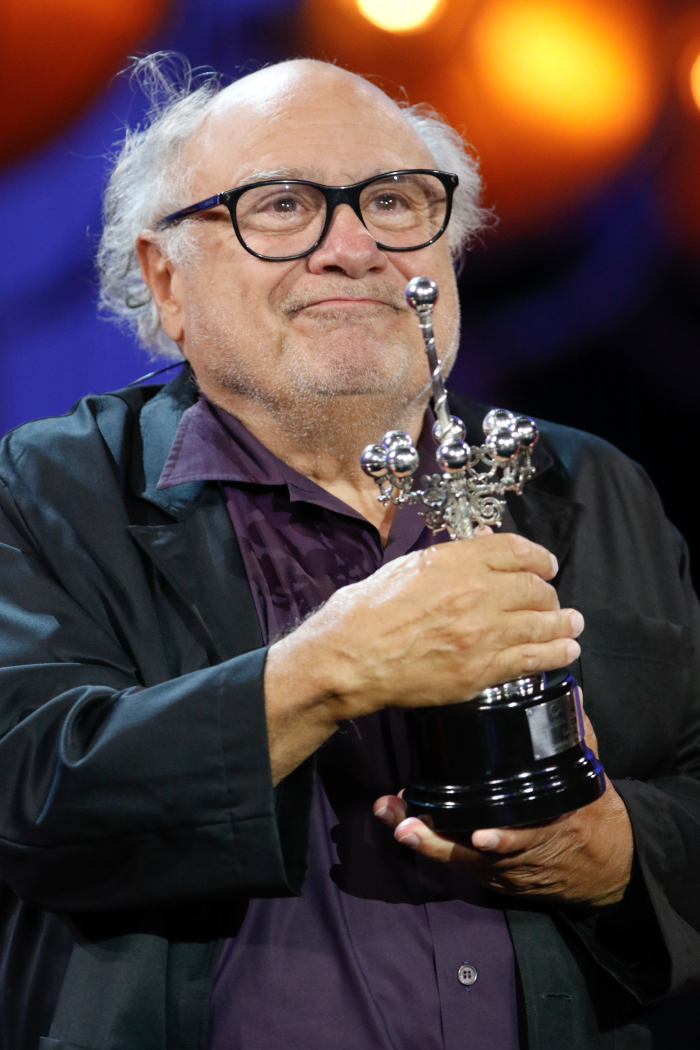