The San Sebastian Festival has added a new member to its selection committee: Esperanza Luffiego, joint head since 2012 of the Festival’s Industry department alongside Saioa Riba. Luffiego leaves this position to work exclusively on the selection of films, which she will combine with her work on the committee of experts responsible for selecting projects for the Europe-Latin America Co-Production Forum.

Luffiego occupies the vacancy left by one of the Festival’s deputy directors, Maialen Beloki, who will now focus on the Nest selection, the short film competition running in the context of the films students meeting, dedicating her work to developing and strengthening the concept of a “Festival all year round”, the institution’s major strategic commitment combining its fundamental lines of action in the 21st century: the search for, accompaniment and development of new talents (Ikusmira Berriak, Nest); training and knowledge transfer on the subject of film (Elías Querejeta Zine Eskola, Zinemaldia +); and cinematic research and thinking (the Z70 project, the Zine publication).

The Festival selection committee is distributed into sections as follows:

Graduate in Audiovisual Communication from the Complutense University of Madrid. She was joint head of San Sebastian Festival’s Industry Department from 2012 until 2020, having curated the last two editions of the Ventana Sur Project in Argentina. She was formerly audiovisual coordinator of the Tabakalera International Centre for Contemporary Culture from 2008 until 2012; member of the Kimuak Programme selection committee in 2010; and was a member of the selection team for Grants to short film projects in development and production with the Basque Government Ministry of Culture in 2009. In 1990 and 1991 she was responsible for Programming at the Andalusian Filmothèque. In the field of education, she was formerly professor of History of Cinema and other Audiovisual Media at Deusto University’s Faculty of Social and Human Sciences from 1999 until 2003; coordinator and teacher of the Aula de Cine at the Sarobe Performing Arts Centre; and professor of Audiovisual Production, Script and Language at the ESCIVI (Film and Video School) Vocational Education Centre in Andoain, from 1988 until 1990. 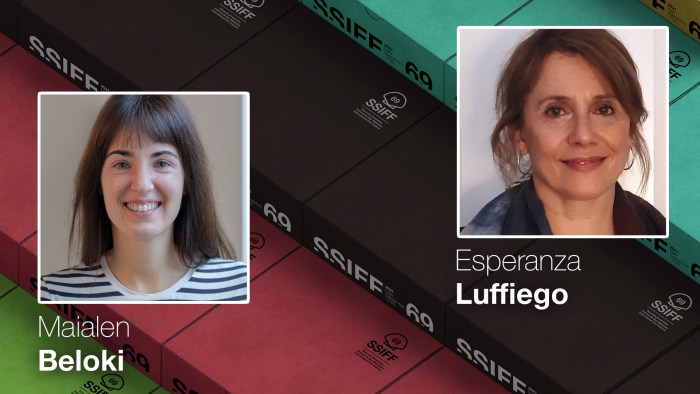