The deadline for submissions is July 1

Nest, the competitive section for short films by students from film schools of the San Sebastian Festival which will celebrate its twentieth anniversary this year, opens its call for submissions on June 1. Organised by the San Sebastian Festival and Tabakalera International Centre for Contemporary Culture, the purpose of the meeting is to present the works of film school students from all over the world.

At last year’s edition, thirteen short films competed in Nest, the section to have received 348 works submitted by 165 schools from 49 countries all over the world.

Each film school can submit a maximum of three short films made in the 12 months leading up to the Festival dates, from which some fifteen are selected to participate in Nest. The Nest Award, coming with 10.000 Euros for the director of the winning short, chosen from among all the selected works, will be decided by a specific jury.

Projects can be submitted online from tomorrow, June 1. The terms and conditions and other information related to the Nest section can be found on the official Festival and Tabakalera websites. The deadline for receiving short films is July 1.

20 years of Nest, the place where it all starts

Nest is one of the most important sections of the San Sebastian Festival, within its strategy to promote new talents. The Nest section was born in 2002 as the International Film School Meeting, later renamed as the International Film Students Meeting (EIECINE). This shift from schools to students was important for its reflection of the Festival’s interest in focussing on filmmakers and their works beyond the academic institutions at which they had studied.

As of 2008, the section went on to become jointly organised with Tabakalera, a move that led to the creation of a specific platform for online registration. This technical detail marked the start of the new era for Nest, given that it represented an exponential increase in the participation of short films and schools. Since its creation in 2002, the section has screened a total of 310 selected short films.

From then on, the meeting continued to grow in ambition, above all endeavouring to shake off its perception as one of the Festival’s minor sections. It was therefore equipped with resources to demonstrate its status as a key section: the screenings of the participants’ works were joined by a programme of masterclasses by film professionals who shared their work processes (Bertrand Bonello, Nobuhiro Suwa, Marine Francen, Raymond Depardon, Todd Haynes, Christine Vachon and Albertina  Carri), and an extra day was added to the section. Furthermore, the section awards started to be mentioned at the Festival’s closing gala, hence including them in the official list of winners.

Nest is one of the Festival’s way of looking towards the future, the place where it all starts. Filmmakers such as Jerónimo Quevedo, Kiro Russo, Oren Gerner, Isabel lamberti and Grigory Kolomytsev, who have later gone on to present their films both at the San Sebastian Festival and at other festivals on the international circuit, all took their first steps in the section. 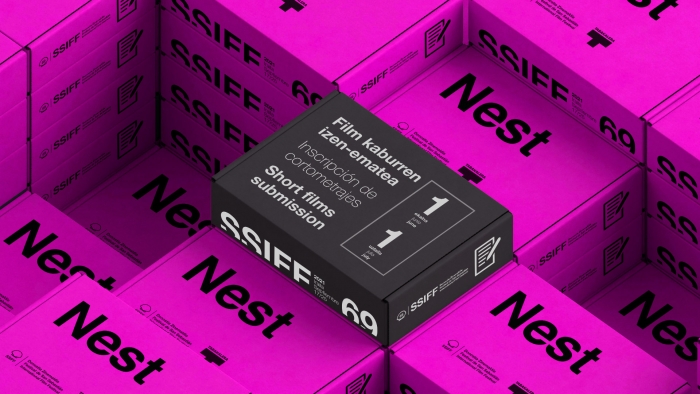