His debut, Ressources humaines / Human Resources, 1999 earned Laurent Cantet the New Directors Award at the Festival, where he has participated in the Perlak section on several occasions: with L’emploi du temps / Time Out (2001), Vers le sud / Heading South (2005), Entre les murs / The Class (2008), Golden Palm at Cannes, and Retour à Ithaque / Return to Ithaca (2014). Having competed in the Official Selection with Foxfire (2012), winner of the Silver Shell for Best Actress (Katie Coseni), the French filmmaker will return with Arthur Rambo, starring Rabah Naït Oufella as a successful writer forced to deal with the hate messages he posted in the past on social media.

Terence Davies, to whom the Festival dedicated a retrospective in 2008, will compete for the Golden Shell for the third time, having done so previously with The Deep Blue Sea (2011) and Sunset Song (2015). This time he returns with Benediction, a biopic starring actor Jack Lowden and Peter Capaldi at different moments in the life of Siegfried Sassoon, a soldier and anti-war poet who survived World War I. The British filmmaker’s works include enormously important movies such as Distant Voices, Still Lives (1988), winner of the Golden Leopard at Locarno; The Long Day Closes (1992), a competitor at Cannes; House of Mirth (2000) and Of Time and the City (2008). He participated in Zabaltegi-Tabakalera with A Quiet Passion (2016).

Lucile Hadzihalilovic, who bagged the New Directors Award with her debut, Innocence (2004) and went on to become a jury member of the same section, also showed her medium-length film La bouche de Jean-Pierre (Zabaltegi, 1996) at San Sebastian, as well as the short De natura (Zabaltegi-Tabakalera, 2018). With her second feature, Evolution (2015), she landed the Special Jury Prize in the Official Selection, to which she returns this year with Earwig. Based on the novel by Brian Catling, it tells the story of Albert, a man employed to look after Mia, a girl with teeth of ice.

Claudia Llosa, winner of the Golden Bear at the 2009 Berlin Film Festival with La teta asustada / The Milk of Sorrow, the first Peruvian film nominated for a Foreign Language Oscar, will compete in San Sebastian for the first time with Distancia de rescate / Fever Dream, alongside a cast featuring María Valverde, Dolores Fonzi, Germán Palacios and Guillermo Pfening. Here the Peruvian filmmaker, also director of Madeinusa (2006) and No llores vuela / Aloft (2014), who herself sat on the official jury in San Sebastian in 2010, brings her new film, co-written by Samanta Schweblin, author of the book of the same name - a tale of invisible fear and the power of motherly love.

Accustomed to working without distinction on fiction and non-fiction projects, Claire Simon will bring her latest work, Vous ne désirez que moi / I Want to Talk about Duras, an approach to the interview between the journalist Michèle Manceaux and Yann Andrea, lover of the writer Marguerite Duras in her last years. This will be the first participation in the Official Selection of the French filmmaker born in the United Kingdom, author of works including Coûte que coûte / At all costs (1996), Récréations (1998), Mimi (2003), Les Bureaux de Dieu / God’s Offices(2008), Gare du Nord (2013) and Le Concours / The Competition (2017).

For her part, Inés Barrionuevo will participate in the competition with her fourth feature film, Camila saldrá esta noche (Camila Comes Out Tonight), whose young protagonist must deal with the changes of moving to Buenos Aires and taking up her studies at a traditional private school. Since her debut with Atlantida (2014), premiered in the Generation section of the Berlinale, the Argentine moviemaker has directed Julia y el zorro (Julia and the Fox, New Directors, 2018) and Las motitos (2020).

The official competition will also present debuting moviemiakers including the Romanian actress and screenwriter Alina Grigore, who will compete in the Official Selection with Crai nou / Blue Moon, a drama focussed on a young woman who lives in the oppressive environment of a dysfunctional family opposed to her desires. In addition to having directed several shorts, Grigore co-starred in Illegitim / Illegitimate, having f its screenplay with the director Adrian Sitaru, who took the movie to the Forum section of the Berlinale.

For its part, Tea Lindeburg’s first feature, Du som er i himlen / As in Heaven, draws its inspiration from the Danish literary classic published in 1912 by Marie Bregendahl. The action takes place in the late 19th century on a farm where a large family is expecting their ninth child, while the eldest sister prepares to leave to study. With experience in television, Lindeburg has directed several episodes of Danish TV series and is also the creator of the Danish Netflix production Equinox, based on her own podcast, Equinox 1985. 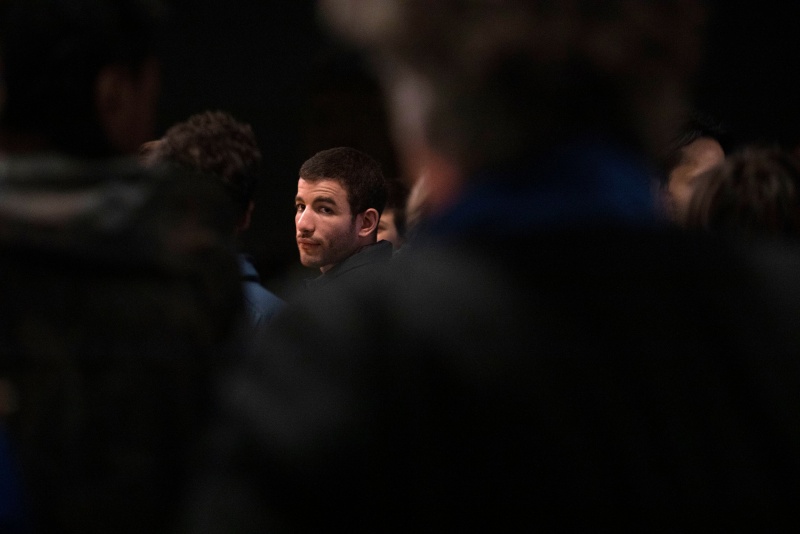 "I am sharp and wise. I know poetry and politics. I raised from a social underworld to an exposed position as a provocative Parisian author. I published a novel but I also write in 140 signs on social media. And when I do, I hit my target. That's why they all me want out!" 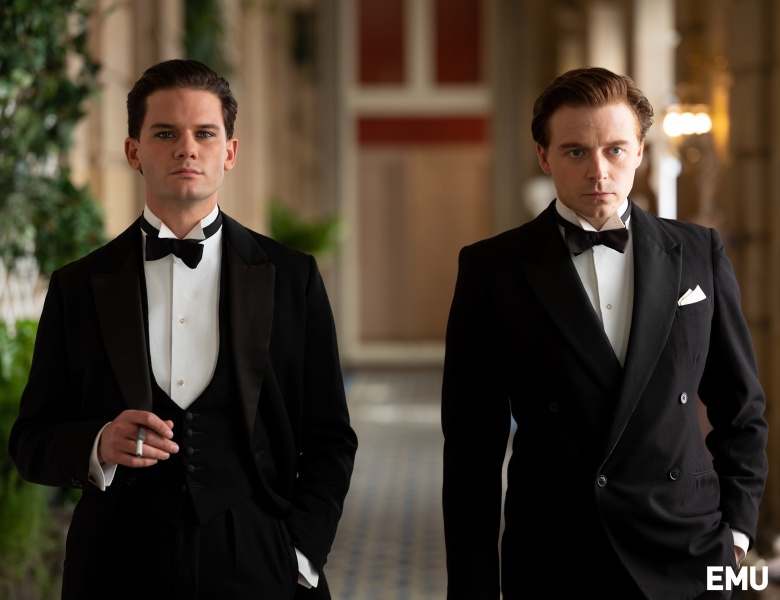 Siegfried Sassoon was a complex man who survived the horrors of fighting in the First World War and was decorated for his bravery but who became a vocal critic of the government's continuation of the war when he returned from service. His poetry was inspired by his experiences on the Western Front and he became one of the leading war poets of the era. Adored by members of the aristocracy as well as stars of London's literary and stage world, he embarked on affairs with several men as he attempted to come to terms with his homosexuality. At the same time, broken by the horror of war, he made his life's journey a quest for salvation, trying to find it within the conformity of marriage and religion. His story is one of a troubled man in a fractured world searching for peace and self acceptance, something which speaks as meaningfully to the modern world as it did then. 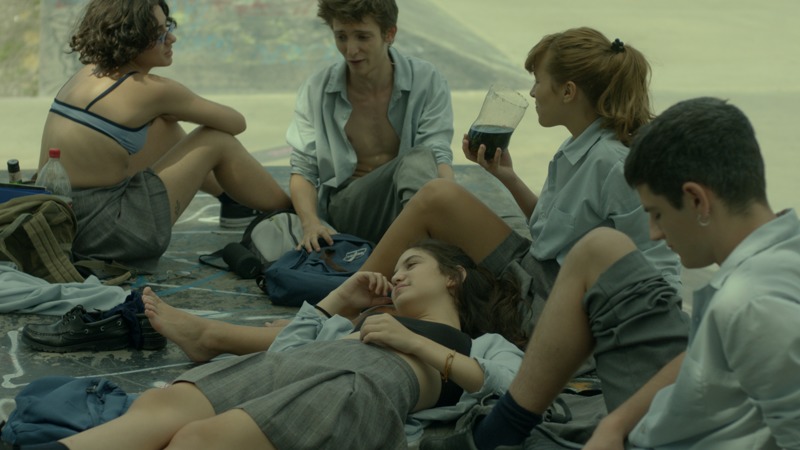 When her grandmother falls seriously ill, Camila must move to Buenos Aires, leaving her friends and an easy-going comprehensive school for a traditional private institution. Camila’s ferocious but immature temperament will be put to the test. 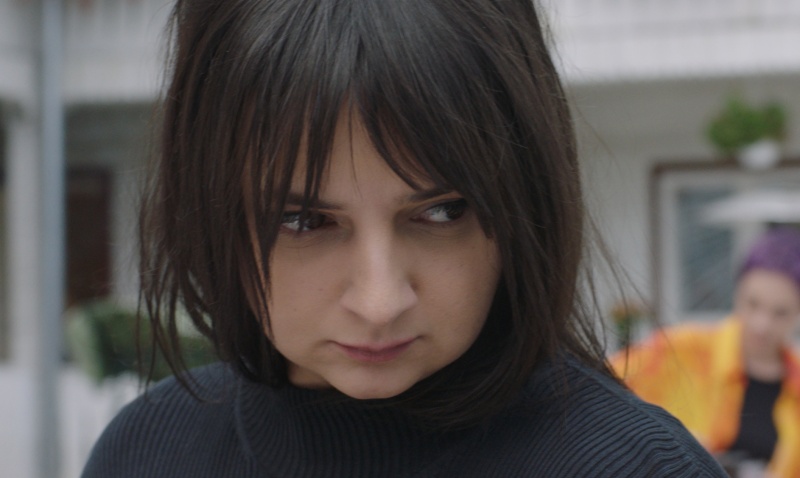 The film follows the psychological journey of a young woman to her dehumanizing process. Irina struggles to achieve higher education and escape the violence of her dysfunctional family. An ambiguous sexual experience with an artist will spur her intention to fight the violence in her family…

A young woman lies dying far from home. A boy sits beside her. She is not his mother. He is not her child. Together, they tell a haunting story of broken souls, an invisible threat and the power and desperation of family. Based on the internationally critically acclaimed novel by Samanta Schweblin.

One day at the end of the 1800s, 14-year-old Lise’s life is changed forever. She is the eldest of her siblings, the first in her family to go to school and full of hope and confidence in life. But when her mother goes into labour, it quickly appears that something is wrong. As night falls and the labour progresses, Lise begins to understand that a day that began in childhood might end with her becoming the woman of the house.

Somewhere in Europe, mid-20th century. Albert is employed to look after Mia, a girl with teeth of ice. Mia never leaves their apartment, where the shutters are always closed. The telephone rings regularly and the Master enquires after Mia’s wellbeing. Until the day Albert is instructed that he must prepare the child to leave... 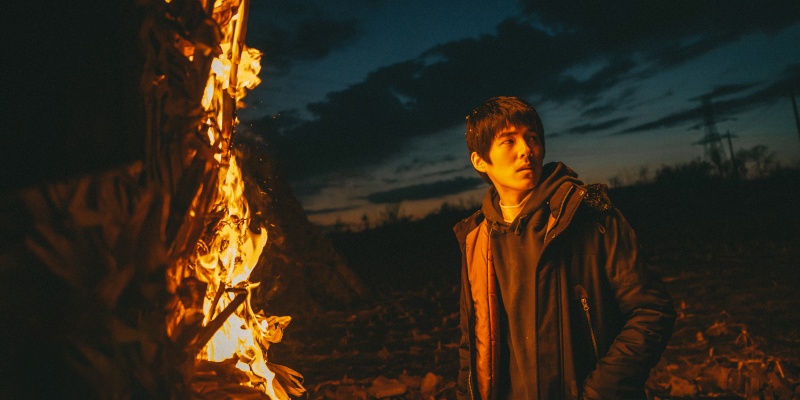 China, 1997. A series of murders strikes the city of Fentun. The crimes mysteriously stop without the authorities having been able to find the perpetrator. Eight years later, a young police officer, close to one of the victims, decides to reopen the investigation. 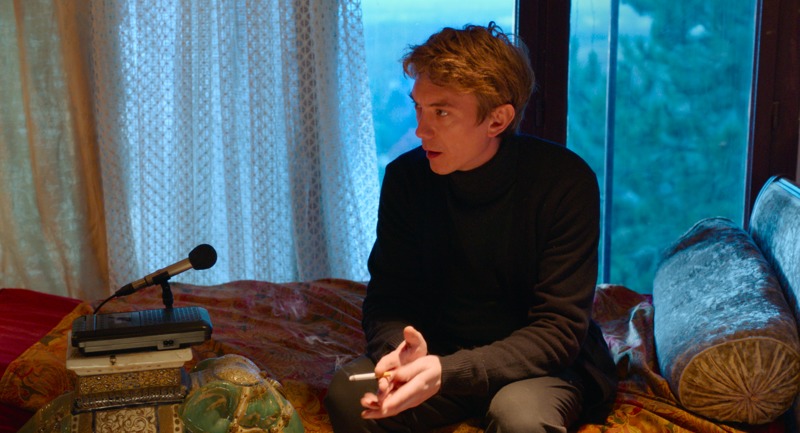 A man involved in a passionate relationship with a celebrated writer of 30 years his senior needs to talk. He is fascinated by her and yet he feels he just cannot go on anymore. He opens up, in an attempt to put into words the intensity of his love and he describes it with great clarity. 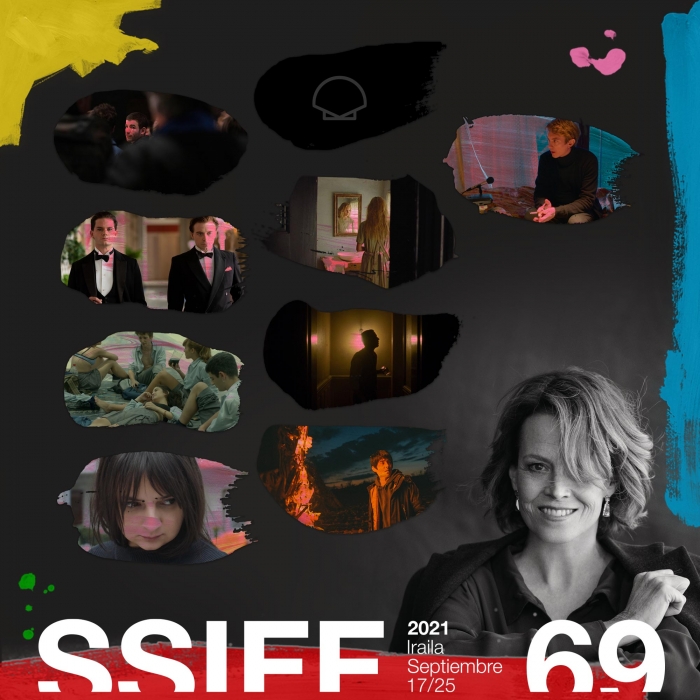