You are in: Home > 2021. 69th Edition  > News > Belodromoa ikastetxeetan immerses itself in archaeology with the DIPC, the Filmoteca Vasca and the San Sebastian Festival

For the third year running, the Donostia International Physics Center (DIPC) and the Filmoteca Vasca have programmed a film for schools thanks to the collaboration of San Sebastian Festival through its Belodromoa ikastetxeetan initiative. This time round, the chosen title is Tadeo Jones 2: Midas erregearen sekretua (Tadeo Jones 2: The Secret of King Midas)’. Thousands of schoolchildren from Gipuzkoa between the ages of 6 and 11 years will be able to enjoy the film in their classrooms, dubbed into Basque for the occasion.

The Covid-19 pandemic means that the Festival is unable to use the velodrome as a giant film theatre for a second year. However, as was the case last year, the screenings for schoolchildren will take to the classrooms, where they will maintain their objective of narrowing the gap with science thanks to the cinema. The activity renamed Belodromoa ikastetxeetan will therefore include a video presentation by the underwater archaeologist Maria Intxaustegi, who will introduce the film and talk about her experience investigating underwater heritage all over the world. Maria will also offer to answer the questions asked by children after watching the film, inviting them to send her their questions by video and to share pictures of the screening, drawings or craftwork related to the subject.

Archaeology is precisely the thread of the animated feature film Tadeo Jones 2: Midas erregearen sekretua (Tadeo Jones 2: The Secret of King Midas), directed by Enrique Gato and David Alonso, where our hero, Tadeo Jones, travels to Las Vegas to attend the presentation of the latest discovery by the reputed archaeologist Sara Lavroff: a papyrus demonstrating the existence of the necklace belonging to the mythical King Midas.

The Donostia International Physics Center is an international centre dedicated to research in Physics and similar disciplines which also assumes the responsibility of sharing scientific knowledge with society. Since 2019, with the Filmoteca Vasca, it has collaborated with the Festival by organising screenings for schoolchildren at the Velodrome, enjoyed in its two previous editions by almost 23,000 pupils from more than 50 schools. In addition, since 2018 and during the first three months of the year, the Filmoteca Vasca, the DIPC and the Festival jointly organise at Tabakalera a season of cinema and science for an audience of adults and baccalaureate students. Said season includes the programming of films, debates and talks with the aim of transmitting cinematic and scientific culture in a city estimated to have an international research community of more than 5,000 people, a figure which places San Sebastian among the cities with most researchers per capita in Europe. This demonstrates that San Sebastian is not only a city of cinema, but also of science.

Maria Intxaustegi (San Sebastian, 1989) is an underwater archaeologist, naval historian, professional diver and expedition guide. Full of curiosity and completely in love with the sea, Maria became a professional diver so that she could work in underwater archaeology and has travelled all over the world researching underwater heritage. In 2015 she won the Iberoamericano Cortes de Cádiz Award while studying at the Texas A&M University. To pay for her history studies she started sailing professionally and finally obtained the qualification of captain. Since then, she has worked on big yachts above all in the Antarctic Ocean researching expeditions and ships to have floundered in the Modern Era. Today she works as an expedition guide in the Antartic and different islands and remote locations showing the passengers the wild fauna, glaciers and history of the first navigators to sail the seas. She also carries out underwater research with her organisation Ondaresub, and is completing her doctorate on the shipyards of Havana in the 18th century. 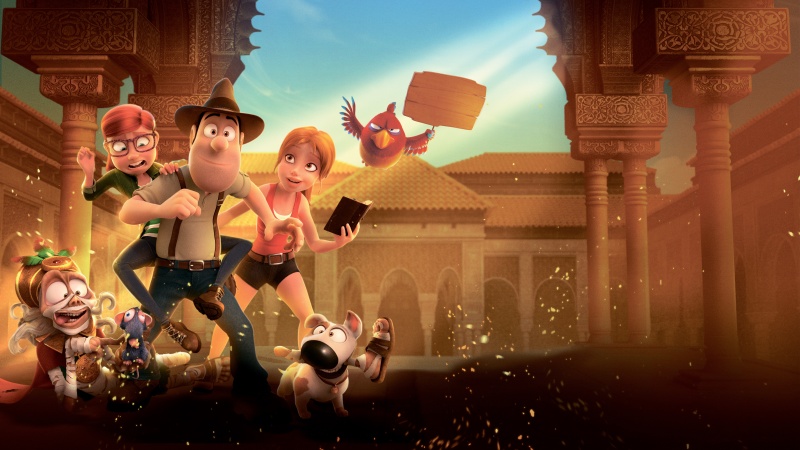 Tadeo Jones travels to Las Vegas to attend the presentation of the latest discovery by the archaeologist Sara Lavroff: the papyrus demonstrating the existence of the Necklace of Midas, the mythical King who turned everything he touched into gold. 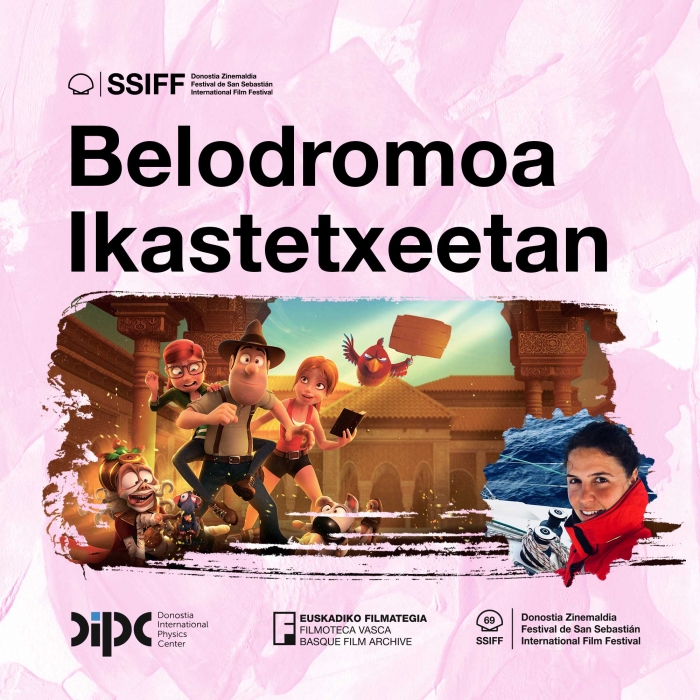