You are in: Home > 2021. 69th Edition  > News > The SGAE Foundation announces the finalists of the V Dunia Ayaso Award 2021 at the San Sebastian Festival

The SGAE announces the finalists of the fifth edition of the Duna Ayaso Award, whose winner will be revealed on September 24 at 17:00 in the Kursaal during the San Sebastian Festival’s 69th edition. The award is conceived as a tribute to the screenwriter and director from the Canary Islands who died seven years ago and goes to the cinematic works most committed to the female figure.

The titles competing for the award at this 2021 edition are: Maixabel, by Icíar Bollaín; Las leyes de la frontera, by Daniel Monzón; Josefina / Josephine, by Javier Marco, and Destello bravío by Ainhoa Rodríguez. The first two films can be seen in the Festival’s Official Selection, while Josefina / Josephine competes in New Directors and Destello Bravío will screen in the Made in Spain section, organised in collaboration with the SGAE Foundation.

The award, coming with 5,000 euros, will go to the recently produced film which, as well as its cinematic value, either has female characters in the lead parts of the story or portrays the situation of women in society. Films which go beyond the stereotypes and commonplace attitudes which so often give a false image of the reality of women, their possibilities and their historical memory.

A  jury made up of professionals from the audiovisual sector will decide the winning film. José Luis Rebordinos, Director of the San Sebastian Festival, and the screenwriter and Institutional Director for Audiovisual Media at the SGAE Foundation, Silvia Pérez de Pablos, will present the award on September 24.

At previous editions, the award has gone to the director Carla Simón (2017) for her film Verano 1993 (Summer 1993); the filmmaker Arantxa Echevarria for Carmen y Lola (Carmen & Lola,2018); Belén Funes for La hija de un ladrón (A Thief’s Daughter,2019) and Pilar Palomero for her debut film Las niñas (Schoolgirls,2020). In its first two editions, the film was presented at the SEMINCI in Valladolid.


About the director from the Canary Islands, Dunia Ayaso

The director and screenwriter Dunia Ayaso (Las Palmas, 1961, Santa Cruz de Tenerife, 2014) is the author of successful films including Perdona bonita pero Lucas me quería a mí (Excuse Me, Darling, But Lucas Loved Me), Descongélate (Chill Out) and La isla interior (The Island Inside), among others. She developed her career with Félix Sabroso, her inseparable companion. For television, the two joined hands to write hugely popular series such as Mujeres and Quítate tú para ponerme yo. Their last project together, the feature film El tiempo de los monstruos (Age of Monster) was directed years later and single-handed by Félix Sabroso. Ayaso also worked for the theatre with plays including Lifting, La gran depresión, and Las histéricas somos lo máximo. A member of SGAE, among others, she won the Navaja de Buñuel award in 2009 from Televisión Española (TVE), going to the year’s best feature film for La isla interior, starring Alberto San Juan and Geraldine Chaplin. 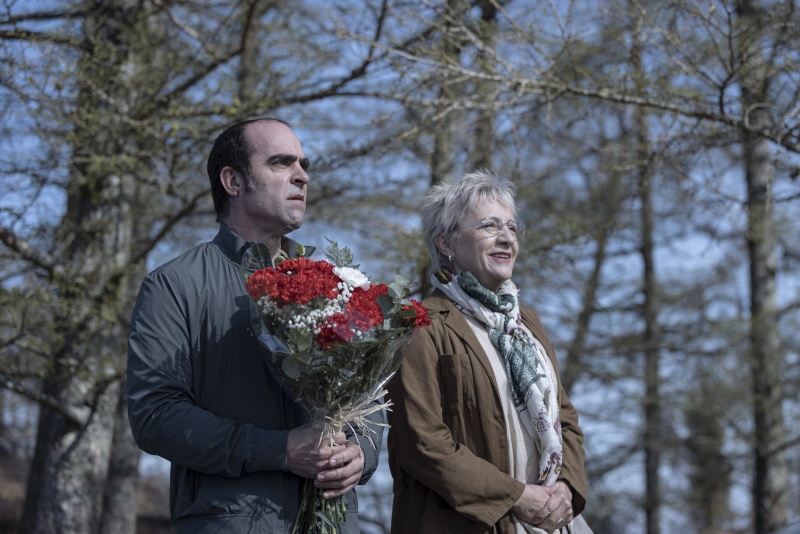 Maixabel Lasa lost her husband, Juan María Jáuregui, assassinated by ETA in 2000. Eleven years later, she receives an unusual request: One of the murderers has asked to meet her in the Nanclares de la Oca prison in Álava, where he is serving a sentence after having severed ties with the terrorist gang. Despite the doubts and the immense pain, Maixabel Lasa agrees to meet face to face with the people who ended in cold blood with the life of who had been her partner since the age of sixteen. “Everyone deserves a second chance,” she says when asked about the reasons for sitting in front of her husband’s killer. 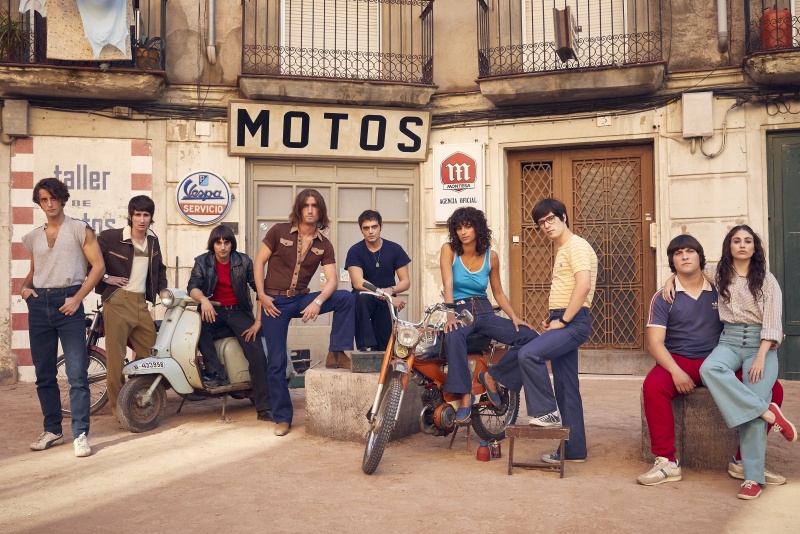 The story begins in summer 1978. Nacho Cañas, a shy student and something of a misfit, is seventeen years old and lives in Girona. His meeting with Zarco and Tere, two young tearaways from the city’s red-light district, catapults him into a love triangle leading to a continual spate of thefts, robberies and heists that will last throughout the summer and forever change his life. Las leyes de la frontera is the tale of the summer when Nacho fell in love for the first time and grew up, constantly crossing the border between two worlds, crossing the line between good and bad, between justice and injustice. 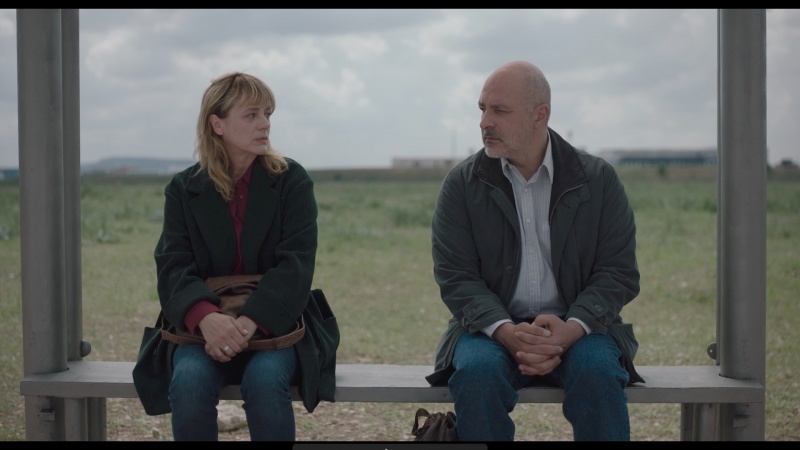 Juan, a prison officer, silently observes the visit every Sunday of Berta, mother of one of the inmates. The day he finally approaches her, he surprises himself by pretending to be the father of a made-up daughter inside the jail: Josefina. The need to fill the vacuum of their lives prompts Juan and Berta to continue meeting beyond the reality around them. 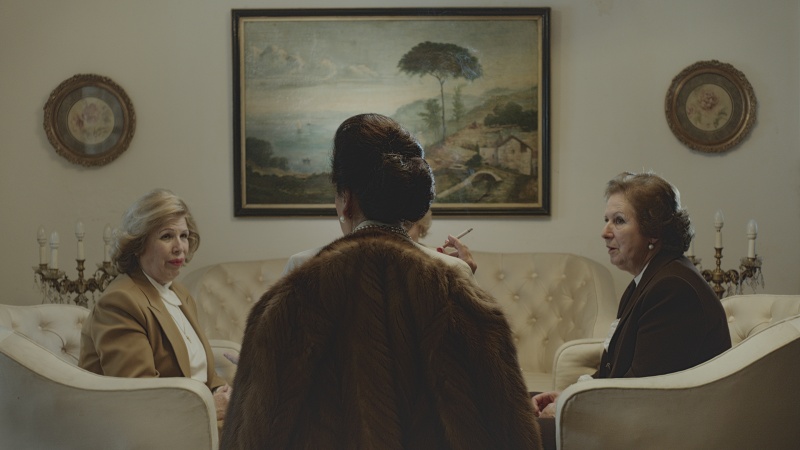 "There’s going to be a mighty, almighty flash and everything’s going to change...”. Isa records messages to herself for when she disappears or loses her memory. Cita feels trapped in a marriage in a house full of saints and virgins. María returns to the town of her birth to face her loneliness. The women of a small rural town, suspended in time and beset by depopulation, live between the apathy of their everyday lives where nothing out of the ordinary ever happens and a deep desire for liberating experiences to reunite them with the place where they were happy, or at least dreamt that they were. Each, in her own way, rebels against their routine. 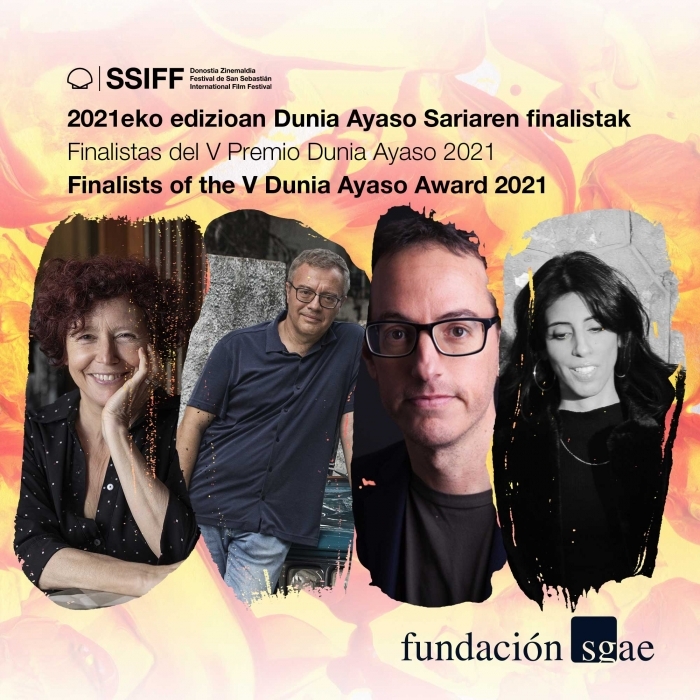