You are in: Home > 2021. 69th Edition  > News > The festivals of Venice, Locarno, Karlovy Vary, Zurich, Seville, Gijón, Huelva and Vilnius endorse the support statement of the San Sebastian Festival, Basque Film Archive a and Elías Querejeta Zine Eskola for the Cinemateca Brasileira.

The fire of 29 July 2021 at the Cinemateca Brasileira facilities in Vila Leopoldina (São Paulo) has once again highlighted the serious danger hanging over the cinematic and cultural heritage safeguarded at the institution, one of the most important in Latin America. These are facts denounced by its workers for more than a year, after the closure of the institution and the loss of their jobs after months of working without being paid and having received no compensation whatsoever. Over these months, the leading international professional institutions and associations linked to the preservation and study of cinematic heritage (FIAF, CLAIM, AMIA, CCAAA) have added their names to the denunciation, demanding that the Cinemateca Brasileira be reopened, that the staff is reinstated and that its activities restart to preserve collections of an incalculable value, before it is too late. 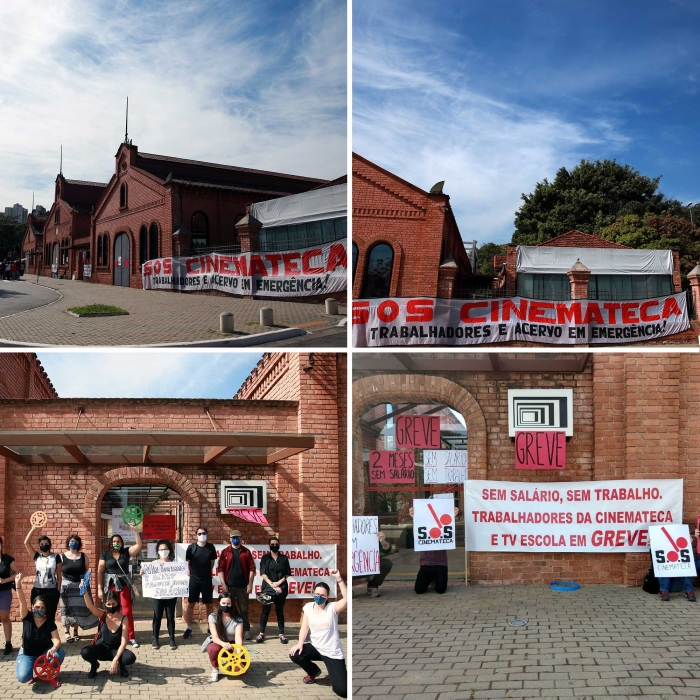