The surprise film at San Sebastian Festival’s 69th edition is Spencer, the latest work from the Chilean moviemaker Pablo Larraín. In the film, scheduled for screening this Saturday in the Victoria Eugenia Theatre at 16:00, actress Kristen Stewart plays Diana, Princess of Wales.

As he did in Jackie (2016), his take on the figure of Jacqueline Kennedy, in Spencer Larraín once again turns the focus on an iconic woman. Kristen Stewart embodies Diana Spencer and Jack Farthing, her husband, Prince Charles, in a feature film whose cast also includes Timothy Spall, Sean Harris and Sally Hawkins.

The surprise film has the sponsorship of the company Amenabar, an Official Festival Collaborator. The construction company from Gipuzkoa also sponsors the screenings of children’s films for family audiences, showing dubbed into Basque. 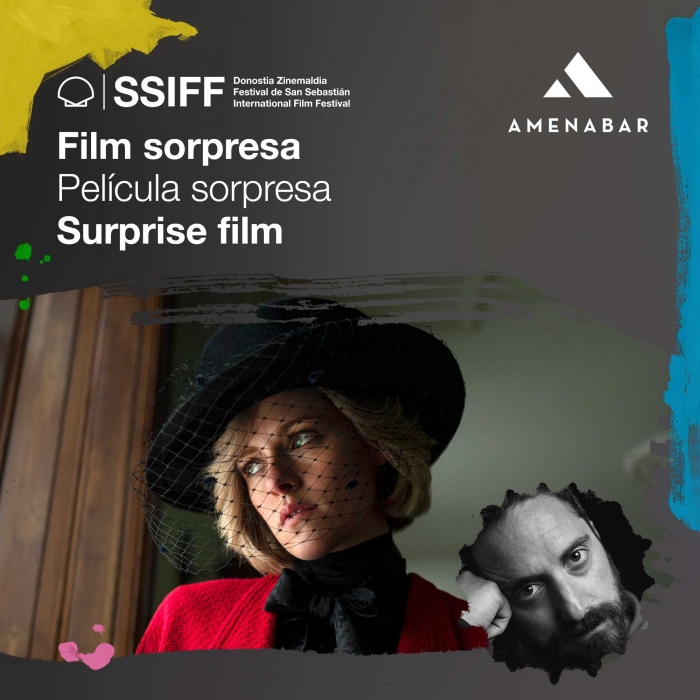