You are in: Home > 2021. 69th Edition  > News > The first workshop on gender equality organised by the (H)emen association and the San Sebastian Festival closes with the will and the commitment to work together

The workshop organised by the San Sebastian Festival and (H)emen, the association of professional women in audiovisual media and the performing arts, ran throughout the morning in Tabakalera’s K room, on the second last day of the 69th edition. As well as representatives of the Festival and of (H)emen, participants in the debate included collectives making up the Interterritorial Workgroup on Equality in Audiovisual Media 50/50 by 2025 (GTI): AAMMA (Asociación Andaluza de Mujeres de los Medios Audiovisuales), AMMA (Asociación de Mujeres de Medios Audiovisuales de Murcia), DONA I CINEMA (Associació de dones del País Valencià), DONES VISUALS (Associació Promotora de Dones Cineastes i de Mitjans Audiovisuals de Catalunya), MIA, the Association of Women in the Animation Industry, and CIMA, the Association of Women Filmmakers and Audiovisual Media. Trama, the Women’s Film, Video and Multimedia Festivals Hub, has also been involved.

At the meeting, organised to reflect, debate and endeavour to reach agreements on questions related to gender equality, the Festival has undertaken to increase and preserve the participation of films directed by women at the Europe-Latin America Co-Production Forum; Nest; the Ikusmira Berriak residencies programme; and the New Directors section for first and second works by their filmmakers. The idea is therefore to guarantee the presence of women professionals in their first steps in the film industry. In addition, an agreement was made to extend the report on gender identity, adding new categories in 2022, and including the new commitments and the extent of their fulfilment in the coming editions. The Festival executive has also pledged in coming months to discuss a code of ethics with respect to its honorary awards.

An agreement was also made to establish constant and binding dialogue with the associations in order, in the context of the Thought and Discussion area, to address issues such as equality and the inclusion of diversity, and to progress gradually and together. The Festival and the associations will hold three-monthly meetings throughout the year. 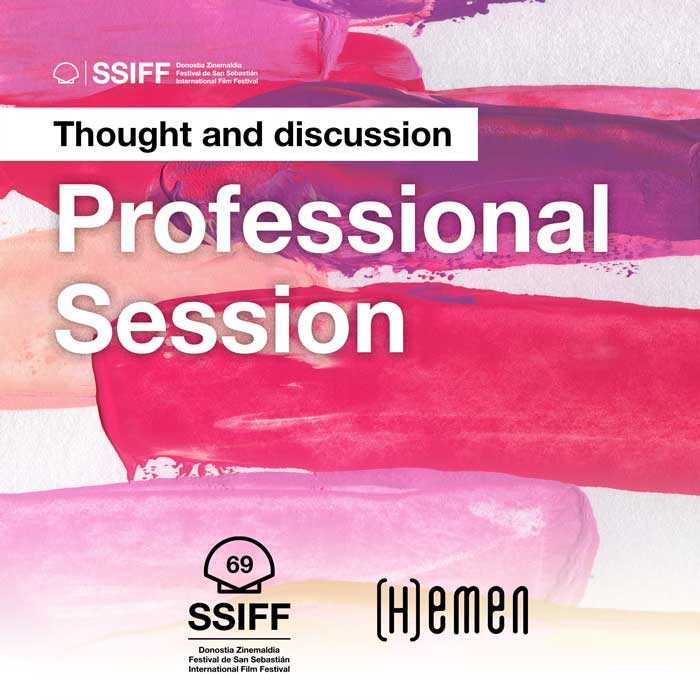