Ikusmira Berriak is a programme of residencies and project development designed to support and promote emerging talent and audiovisual creation. The aim of the residency is to offer space, context, time and resources, articulating its programme around two areas: training and development.

Ikusmira Berriak was born in the year 2015, organised jointly by the San Sebastian Festival, Tabakalera-International Centre for Contemporary Culture and San Sebastian, European Capital of Culture 2016, with the collaboration of the Filmoteca Vasca. Since 2018 it has been jointly organised with the Elías Querejeta Zine Eskola (EQZE), a centre for training, thought and international research. Today the programme offers five residencies to filmmakers in the following categories: International, Spanish, Basque Autonomous Community, EQZE and Nest section.

This is a natural partnership, given that the residency takes place in the Tabakalera building, a unique project in the world housing an international centre for contemporary culture, an international film festival, a film school and a national filmothèque. All of the said institutions share three strategic promotional areas: training and knowledge transfer on the subject of the cinema; the search for, accompaniment and development of new talent; and cinematic research and reflection based on a double theoretical-academic and professional approach.

The Ikusmira Berriak project is born and takes its inspiration from this shared strategic vision in the shape of an 8-week residency divided into two periods around a programme of support running for seven months from March to September. During the first phase, the residents develop their projects over a period of six weeks (between March and April), also receiving advice from members of the committee of experts, who tutor the projects and work on the different stages of the development process according to their needs. In September, coinciding with the San Sebastian Festival, they return to complete the last two weeks of the residency, a time when they work on and foster potential collaborations with professionals interested in participating in their projects. Between the two phases of the residency, both the tutors and the institutions provide the projects with advice and support.

The institutions involved in the programme have articulated a system of providing backing to cinematic talent which is not limited to helping a project to see the light and become visible; its aim is to accompany and support talent over time.

Given the quality of the attending professionals and the context, time and resources made available to the filmmakers, Ikusmira Berriak has become one of the most and complete and ambitious residencies in the field of international filmmaking and has gained consolidation as one of the most important initiatives of the Festival, Tabakalera and the EQZE for being a seedbed of new talent. After seven editions, the programme has awakened strong interest in some of the most important festivals, proof of which is that nine projects have already premiered at the Festival and at others in the international circuit, such as Cannes, Locarno, The Mar del Plata International Film Festival, the Viennale, Visions du Reel and Toronto: El extraño, by Pablo Álvarez (IB 2015); Calipatria, by Leo Calice and Gerhard Treml (IB 2015); Gwendolyn Green, by Tamyka Smith (IB 2015); Trote, by Xacio Baño (IB 2015); Muga deitzen da pausoa, by Maider Oleaga (IB 2015); Las letras de Jordi, by Maider Fernández (IB 2017); Stephanie, by Leonardo Van Dijl (IB 2017); Chupacabra, by Grigory Kolomytsev (IB 2018) and Jo ta Ke, by Aitziber Olaskoaga (IB 2019). 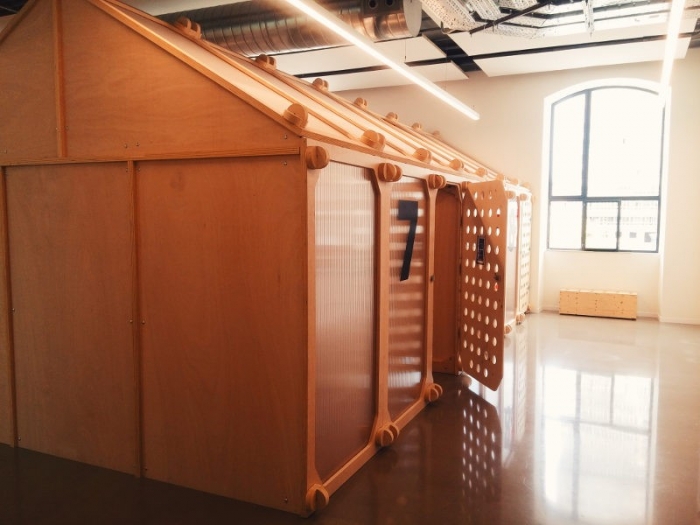