Twelve tales set in Argentina, Brazil, Chile, Colombia, Cuba and Mexico complete the Horizontes Latinos section, a selection of the year’s feature films not yet released in Spain, made from all those totally or partially produced in Latin America, directed by filmmakers of Latino origin, or set against the subject or backdrop of Latino communities in the rest of the world. Figuring in the selection competing for the Horizontes Award are four films from the latest edition of WIP Latam: Dos estaciones, La piel pulpo / Octopus Skin, Un varón and Vicenta B..

The director and screenwriter Ana Cristina Barragán (Quito, 1987), who studied last year her post-graduate studies in Filmmaking at the Elías Querejeta Zine Eskola, returns to San Sebastian with La piel pulpo / Octopus Skin, one of the WIP Latam 2021 crop, which will close the section. Barragán won a special mention from the Horizontes Jury for her first feature, Alba (2016). Her latest project, La hiedra, is part of this year’s Ikusmira Berriak residencies programme.

Mariano Biasin (Buenos Aires, 1980) will present Sublime, his first feature film, following its screening in the Generation 14plus section of the Berlin Festival.

The section will include the world premiere of Ruido / Noise, third feature from the moviemaker Natalia Beristain (Mexico City, 1981), who competed in the Venice Critics’ Week with her debut film, No quiero dormir sola (2012). Ruido / Noise is a painful immersion in Mexico's vicious cycle of gender-fueled violence, experienced through a mother looking for her missing daughter.

Un varón, the debut feature film from Fabián Hernández (Bogotá, 1985), will compete for the Horizontes Award following its release at the Quinzaine des Réalisateurs in Cannes. Un varón was one of the films selected for WIP Latam last year.

Also selected for WIP Latam 2021 – and previously a project at the Europe-Latin America Co-Production Forum in 2019 – was Dos estaciones,the debut feature film from the Mexican Juan Pablo González (Jalisco, 1984), a participant in the World Cinema Dramatic Competition at Sundance Festival, where Teresa Sánchez landed the Special Jury Award for Acting.

Patricio Guzmán (Santiago de Chile, 1941) returns to the San Sebastian Festival with his latest movie, Mi país imaginario / My Imaginary Country, presented in the section Special Screening at the Festival de Cannes and opening film of the competitive section.

Carlos Lechuga (Havana, 1983) participated in Horizontes Latinos in 2016 with Santa y Andrés and now returns to the section with Vicenta B., winner of the EGEDA Platino Industry Award for Best WIP Latam in 2021.

Also competing for the Horizontes Award is Carvão / Charcoal, the debut feature from Carolina Markowicz (Sao Paulo, 1982), selected this year for Films in Progress (Toulouse).

Manuela Martelli (Santiago de Chile, 1983) will present her debut feature in San Sebastian, 1976, following its premiere in the Quinzaine des Réalisateurs at Cannes and its selection for Ventana Sur Proyecta 2018 and Films in Progress 2022 (Toulouse).

The debut film from the Costa Rican Valentina Maurel (San José, 1988, Tengo sueños eléctricos, selected for Proyecta in 2021 with the title of Jardín en llamas, will be presented at the Festival following its screening in Locarno.

Lastly, La jauría / The Pack, the first feature film from Andrés Ramírez Pulido (Bogotá. 1989), will compete for the Horizontes Award, after screening in Films in Progress (Toulouse) and in the Semaine de la Critique at Cannes, where it received the Grand Prix and the SACD Award. 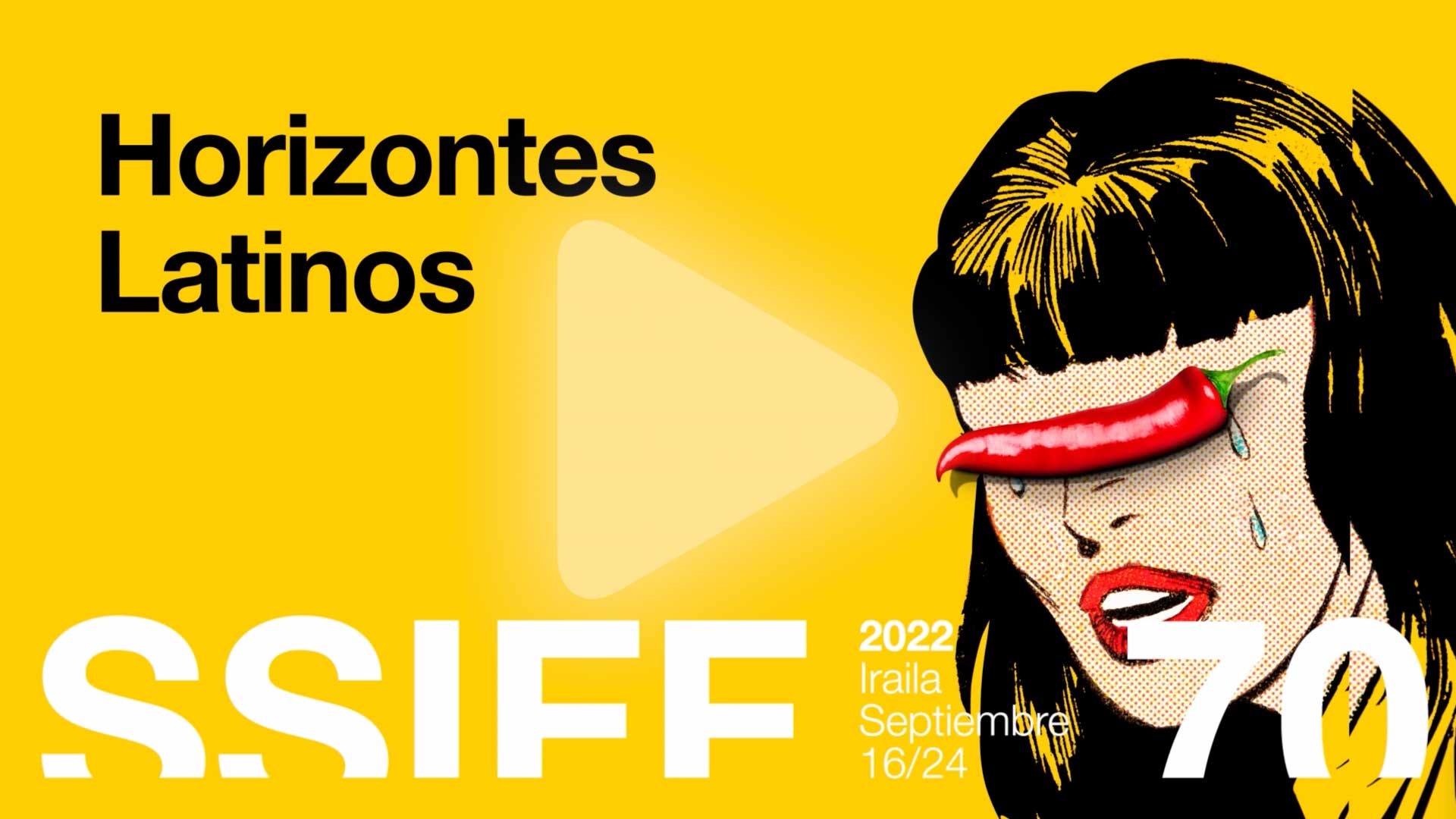 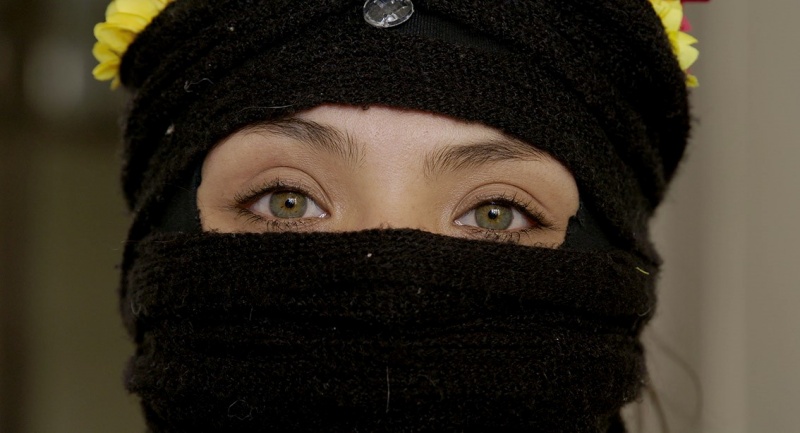 "October 2019, an unexpected revolution, a social explosion. One and a half million people demonstrated in the streets of Santiago for more democracy, a more dignified life, a better education, a better health system and a new Constitution. Chile had recovered its memory. The event I had been waiting for since my student struggles in 1973 finally materialized". Patricio Guzmán. 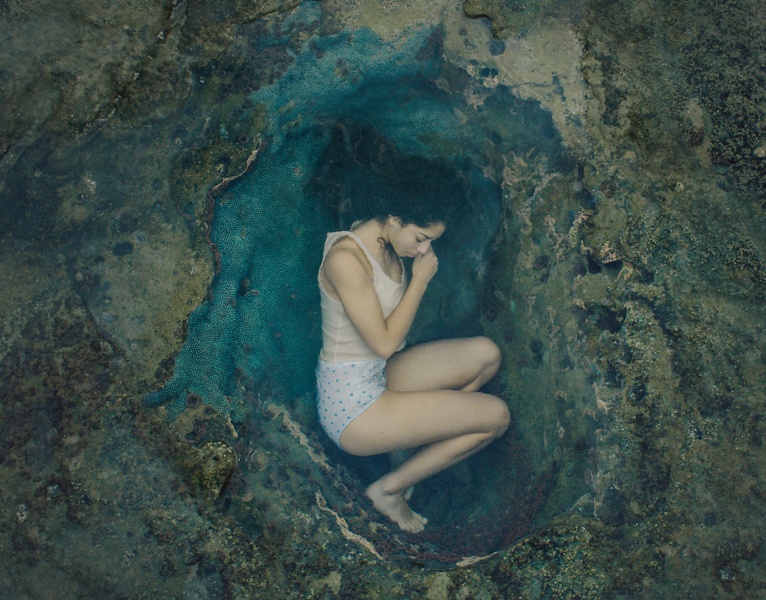 Seventeen-year-old twin brothers Iris and Ariel live with their mother and younger sister Lía on a beach full of molluscs, birds and reptiles. The teenagers have grown up isolated from the continent, in an unconventional relationship between siblings and with a transcendental connection to nature. Curious to discover what lies beyond the ocean, Iris decides to leave the island and head for the city. The shopping centres, the noise, the search for his absent father, the separation from his twin and his mother's absence define the importance of the love for his siblings and of his identity in nature. 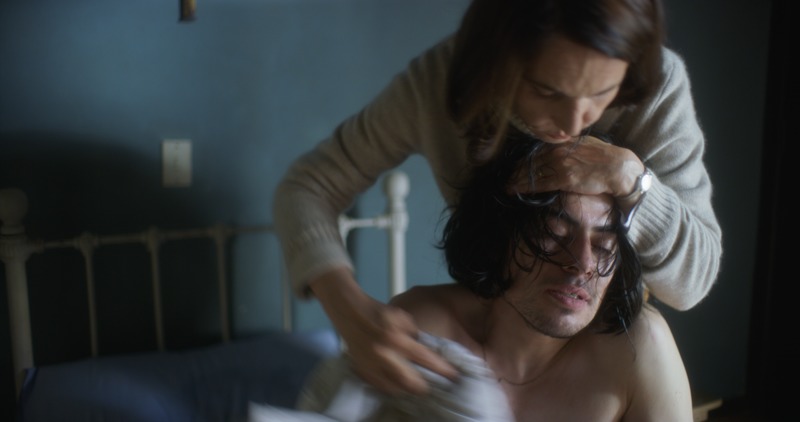 1976, Chile. Carmen goes to the beach to supervise the renovation work on her house. Her husband, children and grandchildren come and go during the winter holidays. When the family priest asks her to look after a young boy who is secretly staying with him, Carmen enters uncharted territory, far removed from the peaceful life to which she is accustomed. 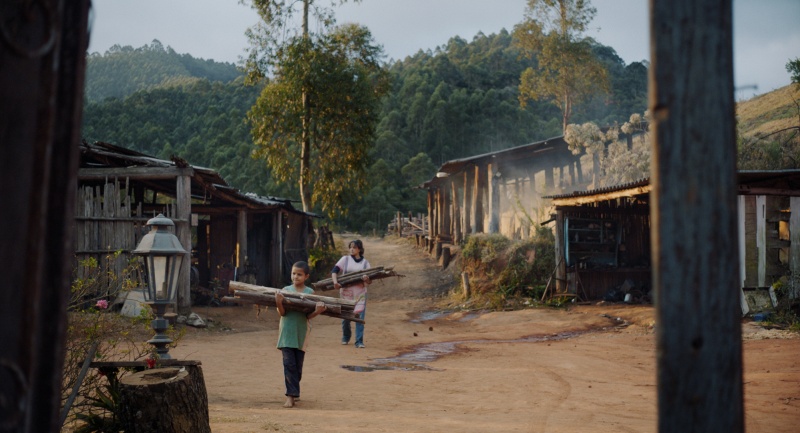 Brazil, 2022. In a remote area in São Paulo's countryside, a rural family who lives beside a charcoal factory accepts a proposal to host a mysterious foreigner. The home soon becomes a hideout as the so-called guest happens to be a highly wanted drug lord. The mother, her husband and child will have to learn how to share the same roof with this stranger, while keeping up appearances of an unchanged peasant routine. 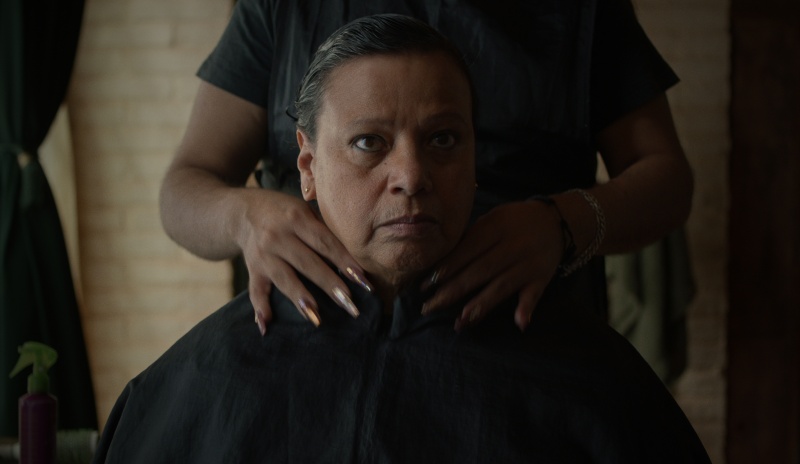 María García, heiress to a tequila factory in Jalisco, tries to keep her business afloat in a market dominated by foreign corporations. As her situation deteriorates, she grows closer and closer to Rafa, her new manager. When a persistent plague and an unexpected flood cause irreversible damage, María is forced to do everything she can to save her community's main source of economy and pride. 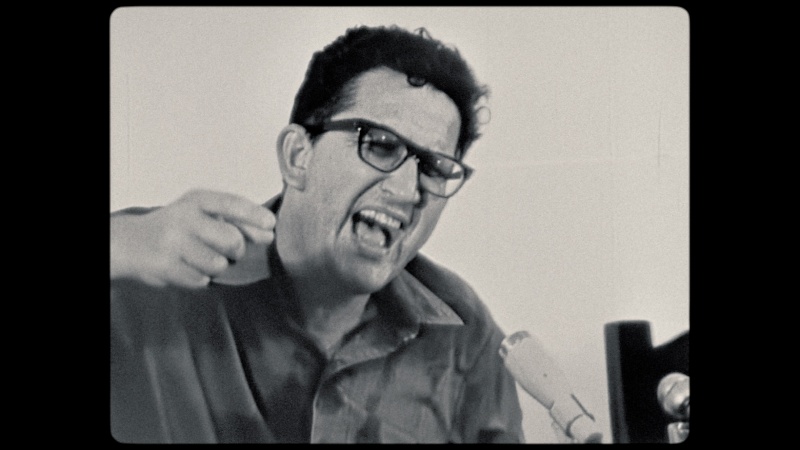 Havana, spring 1971: The poet Heberto Padilla has just been set free and appears before the Cuban Writers' Union where he pronounces a statement of "heartfelt self-criticism", declares himself to be a counterrevolutionary agent and throws accusations of complicity at many of his colleagues present at the event, among them, his wife. A month previously, his arrest under the accusation of endangering the security of the Cuban state had mobilised prominent intellectuals all over the world, who wrote a letter to Fidel Castro calling for the release of the poet, whose only sin had been to dissent through his poetic work. The writer's mea culpa, the recording of which is shown for the first time to the public, marks the narrative line of a story including the testimonies of Gabriel García Márquez, Julio Cortázar, Mario Vargas Llosa, Jean-Paul Sartre, Jorge Edwards and Fidel Castro. 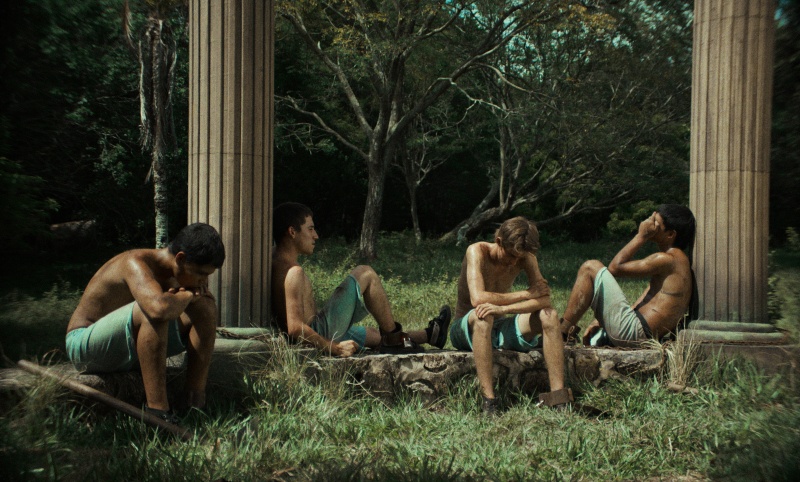 Eliu, a country boy, is incarcerated in an experimental young offenders institution, deep in the heart of the Colombian tropical forest, for a crime he committed with his friend El Mono. Every day, the teenagers perform hard manual labour and endure intense group therapy, under the menacing gaze of the camp guard Godoy. One day, El Mono is transferred to the same centre, and with him comes the past that Eliu is trying to escape. 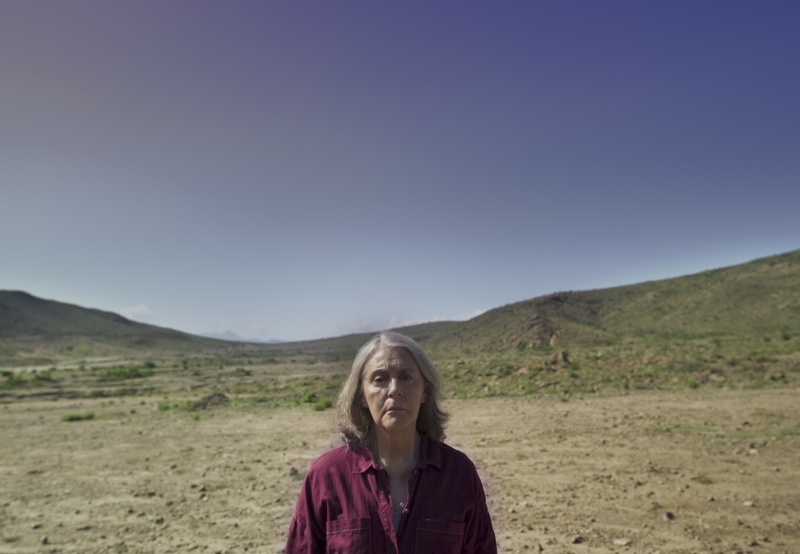 Julia is a mother, or rather, one of many mothers, sisters, daughters, colleagues, who have had their lives torn apart by the widespread violence in a country waging a war against its women. Julia is searching for Ger, her daughter. And in her search, she will weave through the stories and struggles of the different women she will meet.

Sixteen-year-old Manuel lives in a small coastal town. He plays bass in a band with his best friends. One of them is Felipe, with whom he shares a strong friendship from a very young age. Manuel is dating Azul, a relationship that they are intensely exploring. But when the moment comes to have their first time together, Manuel feels something completely new that makes him see Felipe with different eyes. Routine situations of that friendship change tenor. Manuel tries to figure out if the impulse is mutual. The challenge is not to put the friendship at risk, something that inevitably ends up being tested. 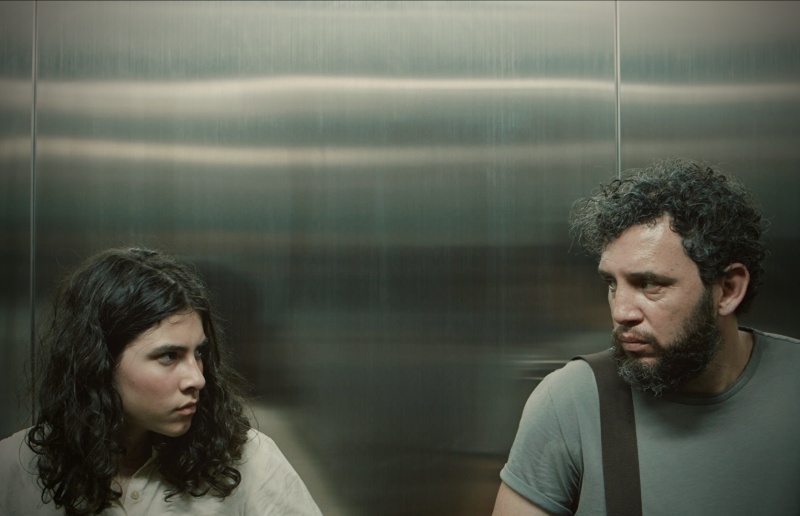 Eva can't stand the fact that her mother wants to renovate the house and get rid of the cat, which, disoriented since the divorce, pees everywhere. Eva wants to go and live with her father, who, disoriented like the cat, is experiencing a second adolescence. And Eva follows him while he tries to reconnect with his desire to become an artist and find love again. But like someone who crosses an ocean of adults without knowing how to swim, Eva will also discover the rage that gnaws at him, and that without knowing it, she has inherited from him.

Carlos lives in a youth shelter in the center of Bogotá. It's Christmas and he longs to spend the day with his family. As he leaves the shelter for the holidays, Carlos is confronted with the brutality of his neighbourhood, ruled by the law of the strongest, the alpha male. He must prove he can be one of them, while deep inside, these expressions of masculinity clash with the decisions he must make in order to survive. 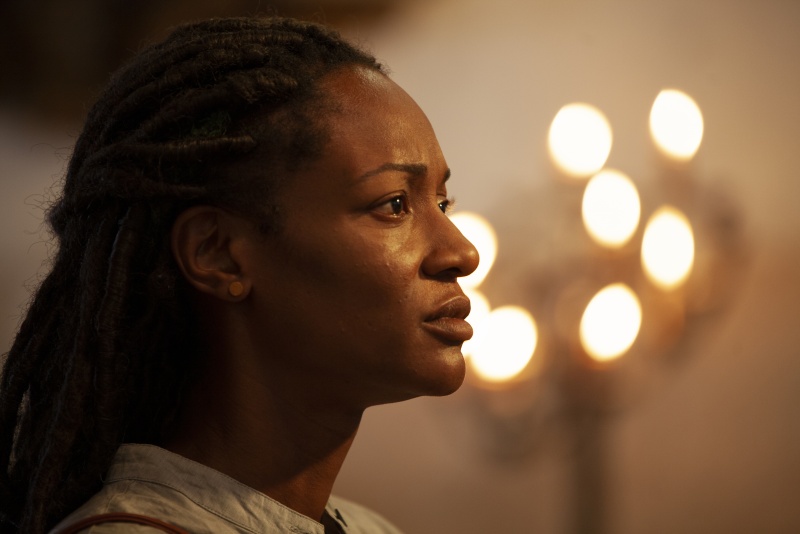 Vicenta Bravo is a woman with a special gift for reading cards and fortelling people's future. Every day folk flock to her home looking for solutions to their problems. Vicenta lives happily with her son, until he decides to leave Cuba and everything starts to fall apart. Thrown into a crisis that prevents her from seeing what's happening around her, Vicenta will embark on a journey taking her inland to a country where everyone seems to have lost their faith. 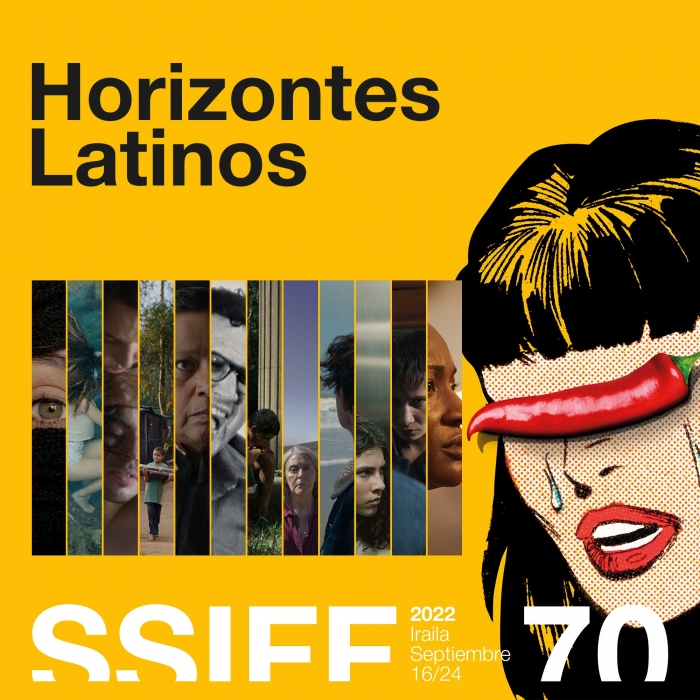 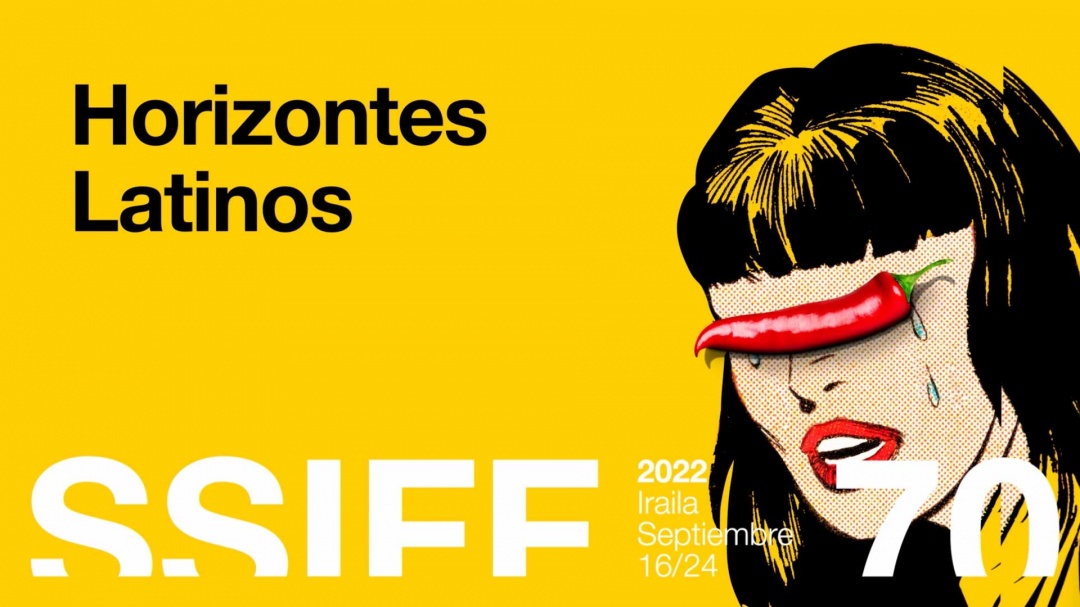