The movie Sublime, directed by the Argentinian filmmaker Mariano Biasin, will receive the tenth Sebastiane Latino Award decided by a jury of members of GEHITU, the Basque Association of Gays, Lesbians, Trans, Bisexuals and Intersexuals. The award, organised by the collective to recognise the Latin American film of 2022 that best represents sexual and gender diversity, will take place during the San Sebastian Festival’s 70 th edition.

Sublime , the Argentinian production which participated in the Generation 14plus section of the Berlin Festival, is the feature debut from director Mariano Biasin (Buenos Aires, 1980). The film, screening this year in San Sebastian Festival’s Horizontes Latinos section, stars 16-year-old Manuel, a bass player in the same band as Felipe, a childhood friend. Although Manuel is involved in an intense relationship with a girl called Azul, one day something happens that makes him see Felipe through new eyes.

The GEHITU jury has decided that:

In addition, since 2015, Gehitu and the San Sebastian Festival have been collaborating to organise the LGBTIQA+ Ibero-American Festivals Meeting held on the same dates as the industry activities. With a clear-cut mission to provide a setting for reflection and networking, the meeting has two objectives: on the one hand, to reflect on the trends and challenges of the audiovisual sector in the field of LGBTIQA+ rights in the shape of round tables and the study of practical cases and, on the other, opening the meeting to accredited industry guests during the Festival.

In the framework of said activities, Tuesday, September 20 will also host several round tables on the challenges in Latin American cinema, in the field of both production and distribution, facing films focused on diversity beyond gender and sexual orientation, and which are concentrating on more specific groups, whether due to the territory they live in, to the social class they belong to and/or to the language they speak. Similarly, several films selected for this edition of the San Sebastian Festival may help to explore masculinity from the basis of audiovisual narrative.

Sixteen-year-old Manuel lives in a small coastal town. He plays bass in a band with his best friends. One of them is Felipe, with whom he shares a strong friendship from a very young age. Manuel is dating Azul, a relationship that they are intensely exploring. But when the moment comes to have their first time together, Manuel feels something completely new that makes him see Felipe with different eyes. Routine situations of that friendship change tenor. Manuel tries to figure out if the impulse is mutual. The challenge is not to put the friendship at risk, something that inevitably ends up being tested.

The Industry Department has the support of 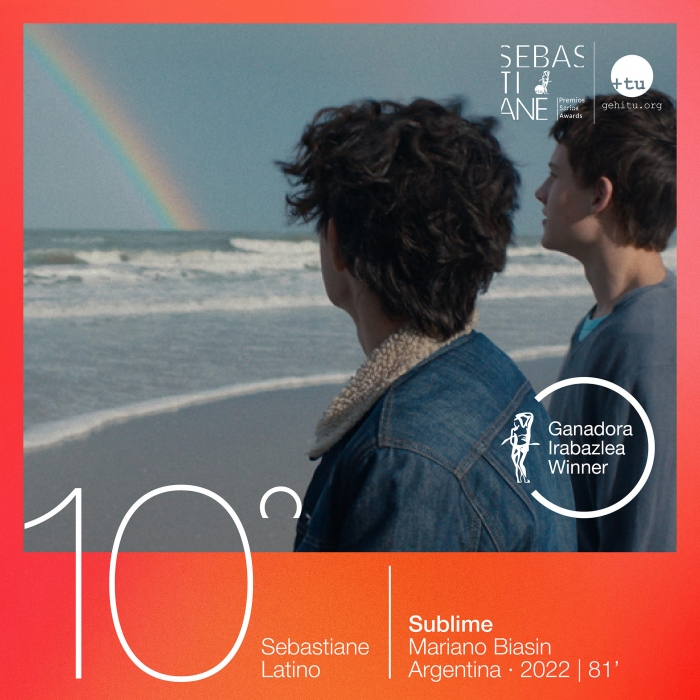