The Perlak section, composed of films as yet unseen in Spain, acclaimed by critics and/or winners of awards at other international festivals, comes this year with the latest movies by some of the biggest names in contemporary filmmaking, such as the Dardenne brothers, Mia Hansen-Løve, Alejandro González Iñárritu, Hirokazu Koreeda, Cristian Mungiu, Ruben Östlund and François Ozon.

Armani Beauty is the sponsor of this section. The films screening in Perlak compete for the City of Donostia / San Sebastian Audience Award, sponsored by San Sebastian City Council and decided by the audience at the first screening of the film. The award comes in two parts: the Best Film Award, coming with 50,000 euros, and the Best European Film Award, with 20,000 euros going to the distributor of the film in Spain.

Belgian siblings Jean-Pierre (Engis, 1951) and Luc (Awirs, 1954) Dardenne, winners of two Golden Palms at Cannes, will compete for the first time for the City of Donostia / San Sebastian Audience Award with Tori et Lokita / Tori and Lokita, winner of the 75th anniversary Award at the Festival de Cannes.

The actor, writer and filmmaker Louis Garrel (Paris, 1983) won the Jury Prize for Best Screenplay in San Sebastian with his second feature, L’homme fidèle (A Faithful Man, 2018), the first part of a trilogy. The second instalment, La croisade ( The Crusade, 2021), was selected for Perlak after showing at the Festival de Cannes, just like the third, L’innocent / The Innocent, with which he returns to San Sebastian.

Having competed with Eden in the Official Selection (2014) and having been selected for Perlak with L’avenir / Things to Come (2016), Mia Hansen-Løve (Paris, 1981) returns to the section where the audience plays the part of the jury with Un beau matin / One Fine Morning, winner at the Cannes Quinzaine des Réalisateurs of the Europa Cinemas Cannes Label award.

The South African moviemaker Oliver Hermanus (Cape Town, 1983) signs the British remake of Akira Kurosawa’s Ikiru (Living, 1952), 70 years after its initial premiere. Screened at the Sundance Festival and selected at the Official Section out competition in Venice, the film has a screenplay by the winner of the Nobel Prize for Literature, the British author of Japanese origin Kazuo Ishiguro, and stars Bill Nighy and Aimee Lou Wood.

Bardo, falsa crónica de unas cuantas verdades / Bardo, False Chronicle of a Handful of Truths will be Alejandro González Iñárritu’s (México City, 1963) third participation in the Perlak section, after the screenings of Amores perros (2000) and Babel (2006). His latest movie, focused on a Mexican journalist and documentary-maker, will compete at the next Venice Festival.

Hirokazu Koreeda (Tokyo, 1962) has competed in San Sebastian’s Official Selection with Wandafuru raifu (After Life, 1998),Hana yori mo naho (Hana, 2006),Aruitemo, aruitemo (Still Walking, 2008) and Kiseki (I Wish, 2011), winner of the Jury Prize for Best Screenplay and who has received the Audience Award twice, with Soshite chichi ni naru (Like Father, Like Son, 2013) and with Umimachi Diary (Our Little Sister, 2015). In 2018, Manbiki Kazoku (Shoplifters) won the Golden Palm at the Festival de Cannes plus an Academy Award nomination for Best Foreign Language Film, while Koreeda received the Donostia Award. Broker, whose lead character Song Kang-ho received the Best Actor Award in Cannes, is the first South Korean production to be directed by the Japanese filmmaker.

In Corsage, the Austrian moviemaker Marie Kreutzer (Graz, 1977) revisits the story of Sissi and chooses the moment when the Empress of Austria turns 40. Corsage showed in Un Certain Regard at the Festival de Cannes, where Vicky Krieps received the Best Performance Award.

Santiago Mitre (Buenos Aires, 1980), who won the Horizontes Award with his second film, Paulina (2015), returns to San Sebastian with Argentina, 1985. The film, a contender in Venice Festival’s official competition, reconstructs what was known as the 'Juicio a las Juntas' trial of the Argentina military Junta, with a screenplay from Mitre himself and Mariano Llinás, and the performance of Donostia Award-winner Ricardo Darín.

Moonage Daydream, an immersion in the universe of the singer and artist David Bowie, will close out of competition the section, following its screening at the Festival de Cannes. Brett Morgen (Los Angeles, 1968), author of On the Ropes, Jane and Cobain: Montage of Heck, has explored more than five million articles (drawings, recordings, films, diaries…) to compose this musical non-fiction.

Peter von Kant, the latest movie from François Ozon (Paris, 1967), opening film of the last Berlinale, will open the Perlak section. Ozon, winner of the Golden Shell and of the Jury Prize for Best Screenplay for Dans la maison (In the House, 2012) and of the Special Jury Prize for Le refuge (The Refuge, 2009), the RTVE-Otra Mirada Award for Jeune et jolie (Young & Beautiful, 2013) and who competed in the Official Selection with Une nouvelle amie (The New Girlfriend, 2014) and Été 85 ( Summer of 85, 2020), pays tribute in Peter von Kant to the filmmaker Rainer Werner Fassbinder, in a work featuring Denis Ménochet, Hanna Schygulla and Isabelle Adjani.

Also participating in the Perlak selection is the Golden Palm winner at the last Festival de Cannes: Triangle of Sadness from the Swedish moviemaker Ruben Östlund (Styrsö, 1974). Östlund, who opened Zabaltegi-Tabakalera with his former Golden Palm-winner, The Square (2017), sets his latest film and satire on the middle-classes on a luxury cruise.

These twelve films, to which one more will be added, join the already announced As Bestas / The Beasts, directed by Rodrigo Sorogoyen, selected for Cannes; Un año, una noche / One Year, One Night, by Isaki Lacuesta, which competed in Berlin; En los márgenes / On the Fringe, by Juan Diego Botto, to screen at Venice; and Los renglones torcidos de Dios / God’s Crooked Lines, a production by Oriol Paulo, Special Screening of the section.

The Victoria Eugenia Theatre will also host the screening of a Surprise Film. 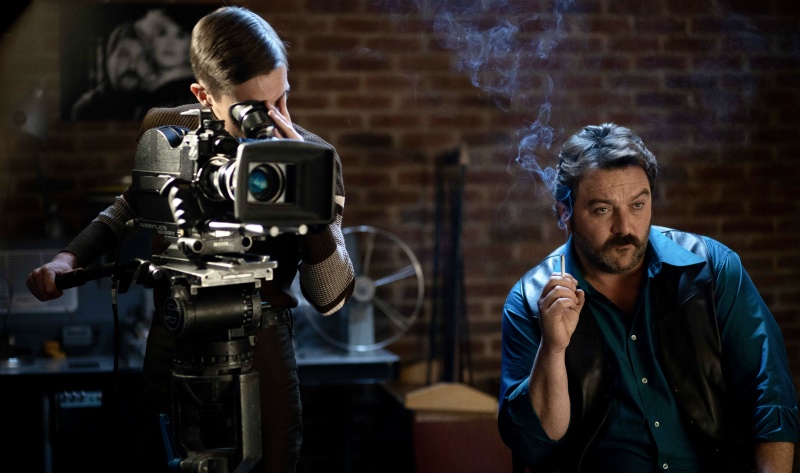 Peter von Kant, a successful film director, lives with his assistant Karl, whom he mistreats and humiliates. Thanks to the great actress Sidonie, he meets and falls in love with Amir, a handsome young man of modest means, offering to share his apartment and help him break into the world of cinema... 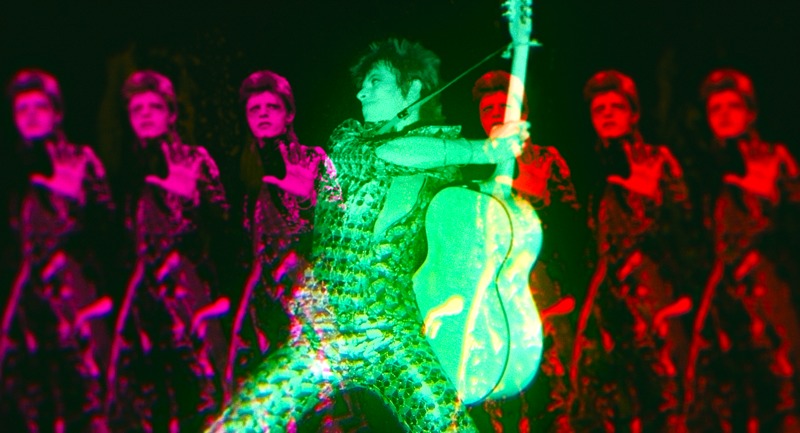 Considered to be one of the greatest artists of our time, David Bowie has been changing culture for more than 50 years. Told through magnificent and kaleidoscopic images and performances unseen until now  –tied together by Bowie's words and music– Moonage Daydream invites spectators into a unique world, the Bowie world. 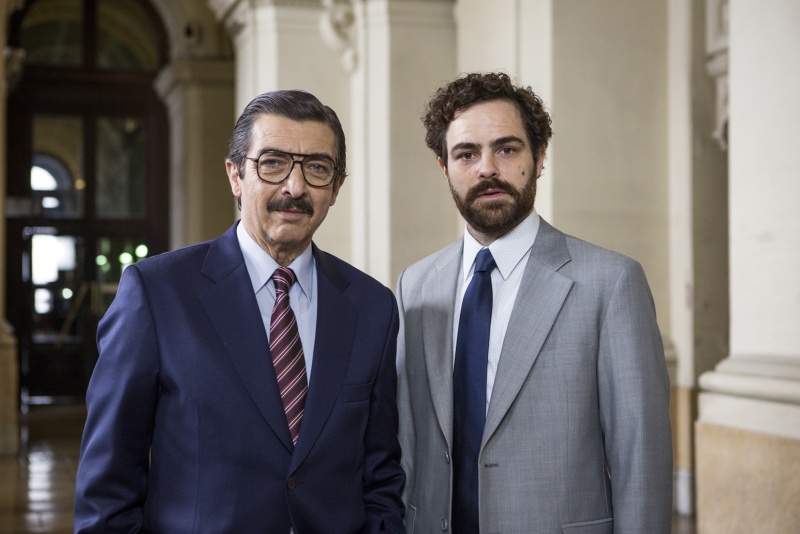 Argentina, 1985 is inspired by the true story of public prosecutors Julio Strassera and Luis Moreno Ocampo, who dared to investigate and prosecute Argentina’s bloodiest military dictatorship in 1985. Undeterred by the military’s still considerable influence within their fragile new democracy, Strassera and Moreno Ocampo assembled a young legal team of unlikely heroes for their David-vs-Goliath battle. Under constant threat to themselves and their families, they raced against time to bring justice to the victims of the military junta.

After being named the recipient of a prestigious international award, Silverio, a renowned Mexican journalist and documentary filmmaker living in Los Angeles, is compelled to return to his native country, unaware that this simple trip will push him to an existential limit. The folly of his memories and fears have decided to pierce through the present, filling his everyday life with a sense of bewilderment and wonder. With both emotion and abundant laughter, Silverio grapples with universal yet intimate questions about identity, success, mortality, the history of Mexico and the deeply emotional familial bonds he shares with his wife and children. Indeed, what it means to be human in these very peculiar times. 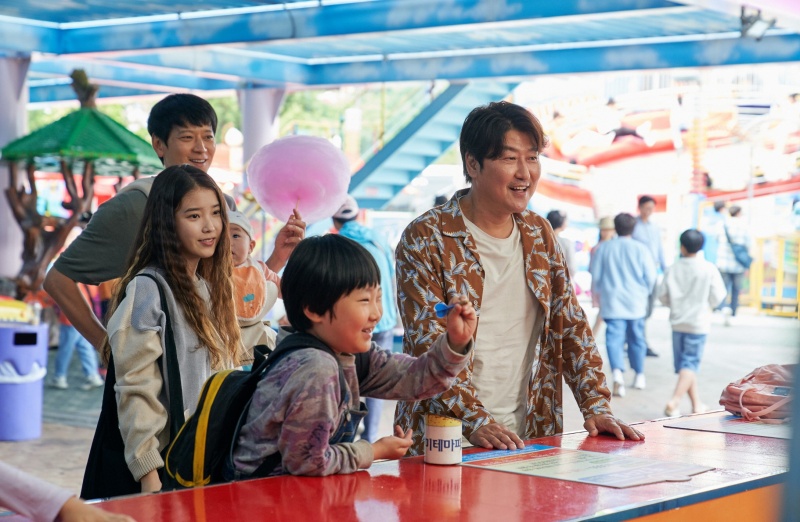 One rainy night a young woman abandons her baby at a church doorstep. The newborn is quickly picked up by two men who steal abandoned babies to sell them to willing parents with a fee. When the young woman, full of regret, returns to the church, she discovers the men’s illegal business and decides to join them in order to find the most suitable adoptive parents. During this unexpected road trip, the fate of those who cross the baby's life suffers a radical change. 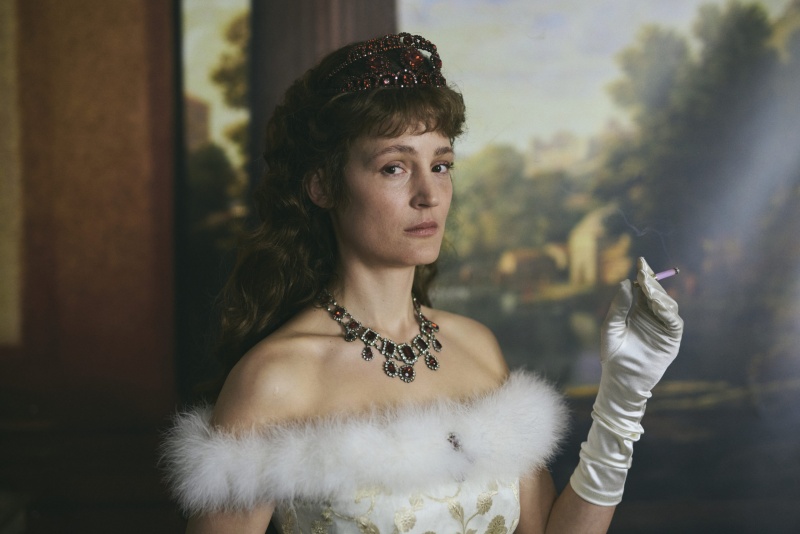 It's Christmas 1877, Empress Sissi is celebrating her 40th birthday and the atmosphere around her is grim: constantly judged by her own children, she lives beholden to the beauty that's failing her with the passing of time. Smothered by etiquette, with a voracious thirst for knowledge and an enormous zest for life, Elisabeth of Austria increasingly rebels against the impositions as she searches for the emotion of youth.

Sylvie, 60, has fallen in love with Michel, a man about to be released from prison. The two want to start over and open a flower shop. But Sylvie's son Abel disapproves of the relationship, convinced that Michel will fall back into his old ways. Helped by Clémence, his best friend, Abel sets about investigating, only to realise that he's the one who will have to change his mind. 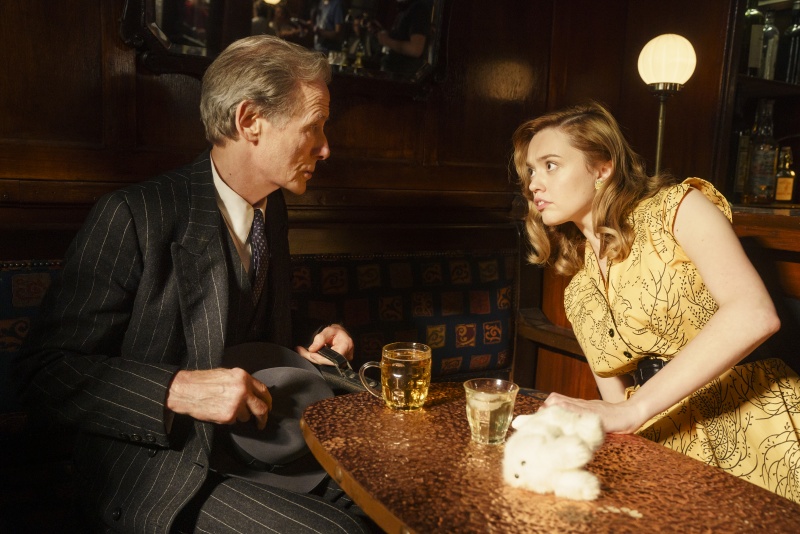 Set in the London of the 1950s, the film follows Williams, a veteran civil servant and paper-pusher in the city as it struggles to rebuild post-WWII. Receiving a shattering medical diagnosis, he empties his savings account and heads for the south coast, where he plans to cram some fun into his remaining days, only to realise that he doesn't know how to do it. Taken out on the town by a mysterious stranger, Williams is intrigued by a sunny young female colleague who seems to have the pep that had previously escaped him. With the help of his optimistic workmate, Williams puts his all into bringing happiness to the community in a surprising way.

A few days before Christmas, Matthias returns to his Transylvanian village to renew contact with the son he had abandoned while working in Germany. There, as he tries to become more involved in the boy's education, the peace is cut short when a local company decides to recruit foreign workers. Frustrations, conflicts and passions rise to the surface once again, breaking through the community's thin veneer of apparent calm. 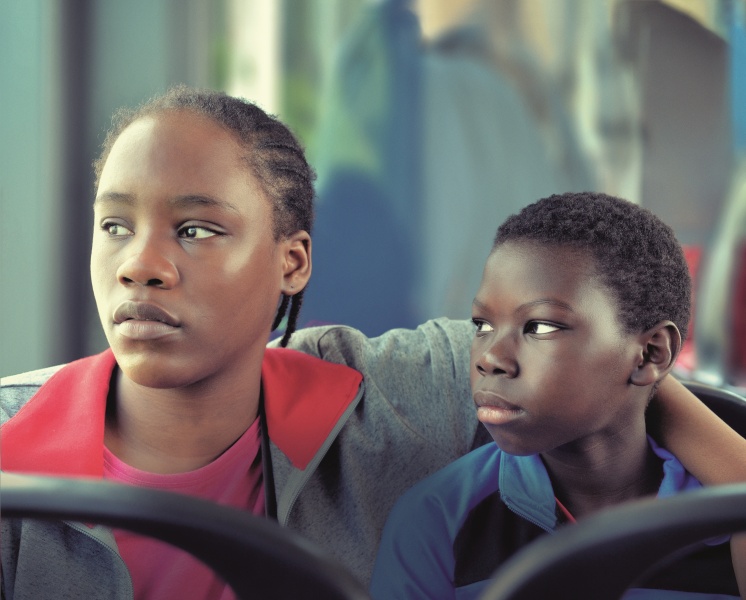 In Belgium today, a young boy and an adolescent girl who have travelled alone from Africa pit their invincible friendship against the difficult conditions of their exile.

A couple of models are invited on a luxury cruise. When the yacht sinks they find themselves marooned on a desert island with a group of billionaires and one of the ship’s cleaners. In the struggle for survival, the old hierarchies are suddenly flipped upside down as the housekeeper is the only one who knows how to fish. 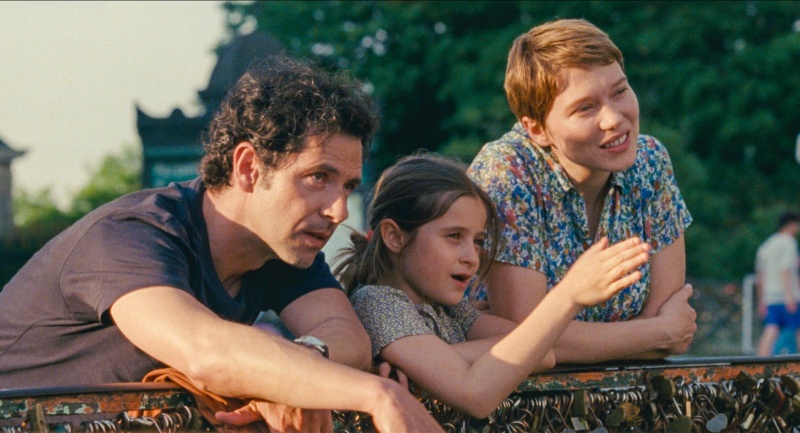 Sandra, a young mother who raises her daughter alone, pays regular visits to her sick father. While she and her family fight tooth and nail to get him the care he requires, Sandra reconnects with Clément, a friend she hasn’t seen for some time. Although he is married, they embark on a passionate affair. 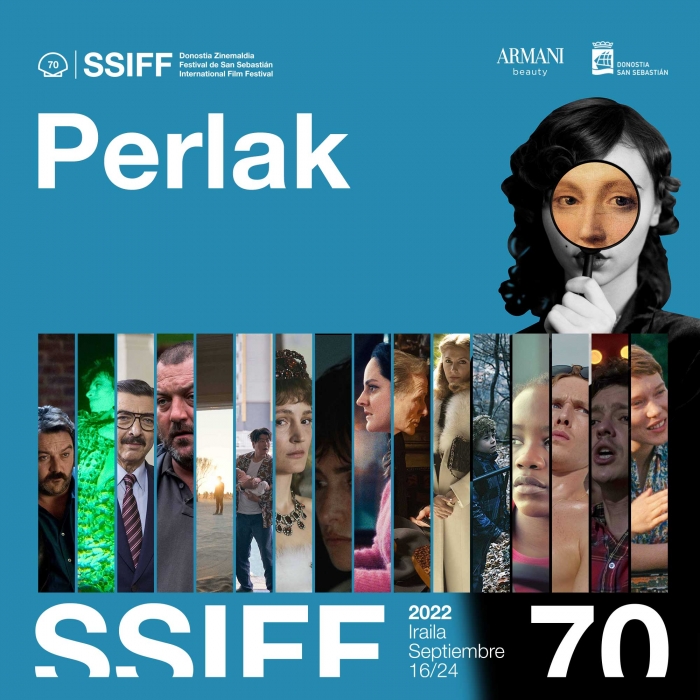