Spanish Screenings 360. The Podcast is the new dissemination tool introduced by Spanish Screenings XXL, the initiative for internationalization of the Spanish audiovisual industry. This is precisely the subject of the first episode, to air on 17 November, in which the director, producer and screenwriter Chema García Ibarra (Espíritu sagrado), the producer María del Puy Alvarado Landa (Malvalanda) and the distributor and producer Gloria Bretones (Begin Again Films and Centuria Films) discuss internationalization strategies and formulas, together with the challenges facing the Spanish audiovisual industry, as well as its situation in terms of equality and sustainability. The conversation is moderated by Hebe Tabachnik, producer and programmer of Ibero-American audiovisual at the Los Angeles, Palm Springs, Sundance festivals and the American Cinematheque in Los Angeles, among other institutions.

Spanish Screenings 360. The Podcast is designed as a space for presenting the Spanish audiovisual ecosystem to the industry and the general public in episodes running monthly and devised for an international audience. Here the floor goes to representatives of the difference links in the industry value chain, moderated by outstanding professionals in the sector. Each participant shares their personal opinions on the central theme of each episode, while the different conversations also have space for anecdotes and movie recommendations. 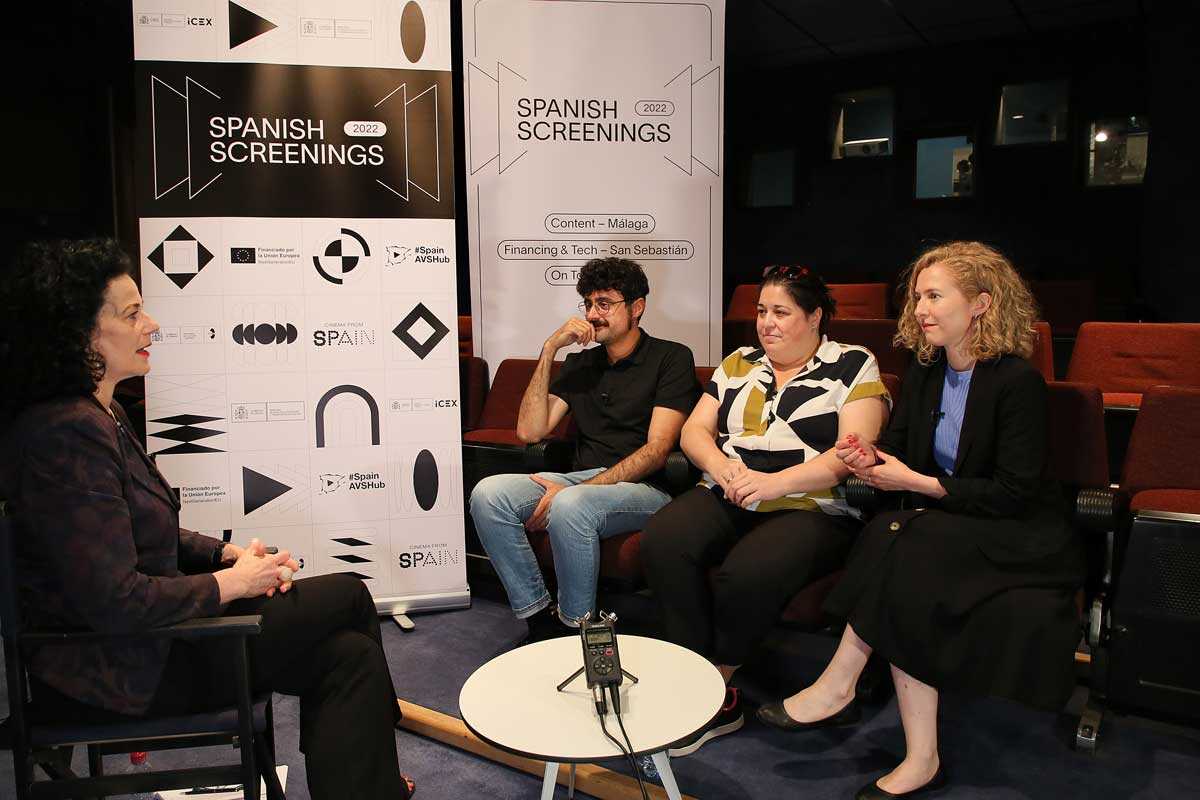 The coming instalments will address cross-cutting issues of the Spanish Screenings XXL project, such as equality and diversity.

The programme on equality offers the point of view of Carla Sospedra, independent producer and executive producer of Alcarràs, member of the board of directors of Dones Visuals; Alba Sotorra, director (El retorno: la vida después del ISIS) and producer at Alba Sotorra Cinema Productions; and Carlos Loureda, film critic and programmer, member of AICE and Académie des Lumières.

A dialogue on the road to equality in the Spanish audiovisual industry where the participating professionals will address matters including parity, the contribution of feminism in a sector like the audiovisual industry, how gender affects the relations established within a team and/or in the sector, and discrimination in terms of the budgets of projects in the hands of women, among other current issues.

The participants in the episode on diversity in the audiovisual sector are Carlos R. Ríos, director of the D’A Film Festival and distributor with Noucinemart; Adrián Silvestre, film director (Mi Vacío y yo / My Emptiness and I), and Zaida Carmona, film director (La amiga de mi amiga / Girlfriends and Girlfriends) and Social Media Manager at Filmin. Together they will set forth their vision of the progress made in the field of inclusion, on how to fight stereotypes and whether the spectrum of audiovisual genres is diverse in the Spanish industry, and the pitfalls to achieving greater diversity.

Spanish Screenings 360. The Podcast is available on Spotify, iVoox and Apple Podcast and in video format with English subtitles on YouTube. It has the collaboration of Music Library & SFX, a Spanish music supervision company, collaborator of Spanish Screenings Content (Music Scorecom) and which provides its music for the theme tune. The first episode also has the collaboration of the Filmoteca Española, which loaned its screening room at the Palacio de Perales for the recording.

Spanish Screenings XXL, with its four areas of work (Content, Financing & Tech, On Tour and 360), is an initiative promoted by the European Funds of the Recovery, Transformation and Resilience Plan. It seeks to boost Spain’s role as a European audiovisual hub. Thus, with the Ministry of Culture and Sport through the ICAA, the Ministry of Economic Affairs and Digital Transformation through ICEX, the Malaga Festival and the San Sebastian Festival, in 2022 this event adopted a new format to become ‘Spanish Screenings XXL, an international market for Spanish audiovisual production’. 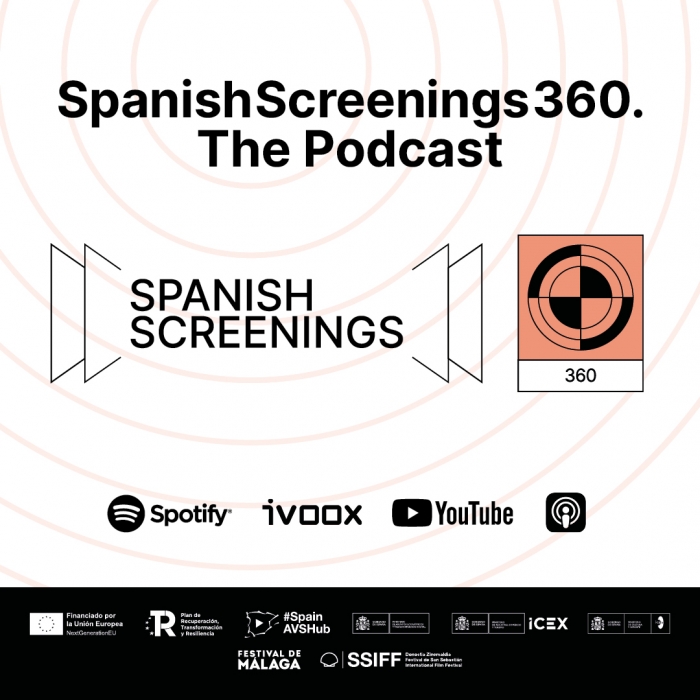