An umbracle is a place covered with branches or other materials: a dark space where plants grow protected from the sunlight. Umbracle, the same name as in Catalan, is also the title of a film made clandestinely by Pere Portabella in 1972: an investigation into the formal mechanisms of cinematic representation and a radical cry against censorship under Franco.

Throughout the 2019-2020 academic year, the research team of the Zinemaldia 70: all possible stories project, made up of researchers and students from the Elías Querejeta Zine Eskola, have delved into one of the darkest areas in the history of the San Sebastian Festival: its complex relationship with the mechanisms of censorship under Franco. As an international showcase of the regime, the Festival represented a space of relative supervised opening: its programme included films that would take years to reach the commercial screens. However, precisely due to its strategic importance, control operations were also implemented within the event itself which not only followed the ordinary procedures of government censorship, but sometimes went much further.

This second public event of the Zinemaldia 70 project will feature presentation of the conclusions of the work carried out by the research team based on documents coming from the San Sebastian Festival archive and other collections, many of them hitherto unheard-of. The study cases will focus on three censorship situations: the controversy surrounding the First Film Students Meeting in 1960, the problems suffered by the New American Cinema retrospective programmed in 1968, and the tense edition of 1971, marked by prohibition of the films Canciones para después de una guerra (Basilio Martín Patino, 1971) and Liberxina 90 (Carles Duran, 1970).

Opening the archive, therefore, to glimpse experiences in a land of shadows. Like the Christopher Lee prowling around in Portabella’s film, we will also look at the traces, ambiguities and nuances of the mood that marked the last decade of the dictatorship: the efforts to extend the borders of what could be said and seen, and the limits, categoric, imposed by authoritarianism under Franco.

Zinemaldia 70: all possible stories is a project jointly organised by the San Sebastian Festival and the Elías Querejeta Zine Eskola, with the collaboration of Tabakalera, the Filmoteca Vasca and Kutxa Fundazioa and the sponsorship of Loterías y Apuestas del Estado. In the 2019-2020 academic year, the members of the research team are: Olatz Arrieta, Irati Crespo, Noemi Cuetos, Diego Ginartes. Marcela Hinojosa and Sofía García Broca, under the direction of Pablo La Parra Pérez.

Given that the session will last for more than four hours, a KN95 or FFP2 mask must be worn in order to enter the cinema.

Audiovisual materials, letters, photographs and documents, many of them unpublished, recreate an edition that represented a radical change in its history.

The Festival celebrated its 25th anniversary in 1977 and its management was transferred to San Sebastián for the first time.

The course will run from September 1-3 and registration can be formalised on the website www.uik.eus

For the first time, the San Sebastian Festival shares its documentary archive with the citizens

Elías Querejeta Zine Eskola and the Festival will present, on December 7 in Tabakalera, the research work carried out on archive materials from the years 1976 to 1980 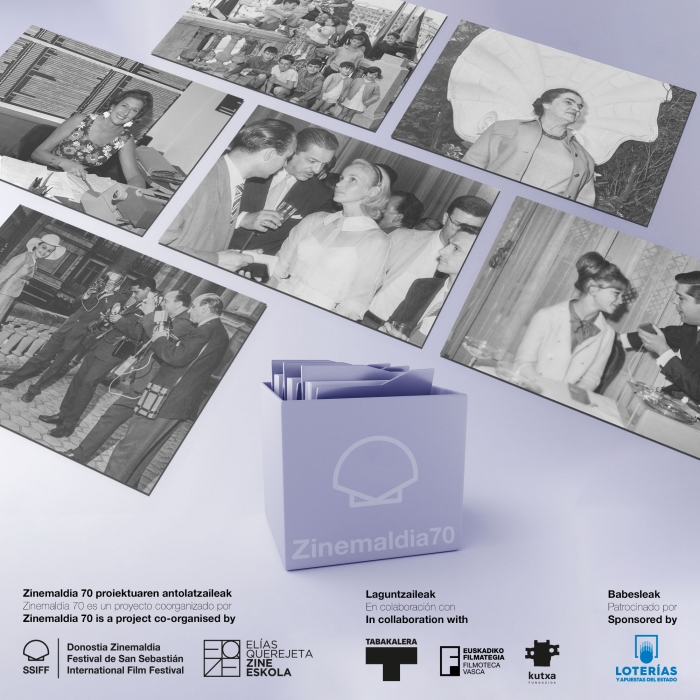 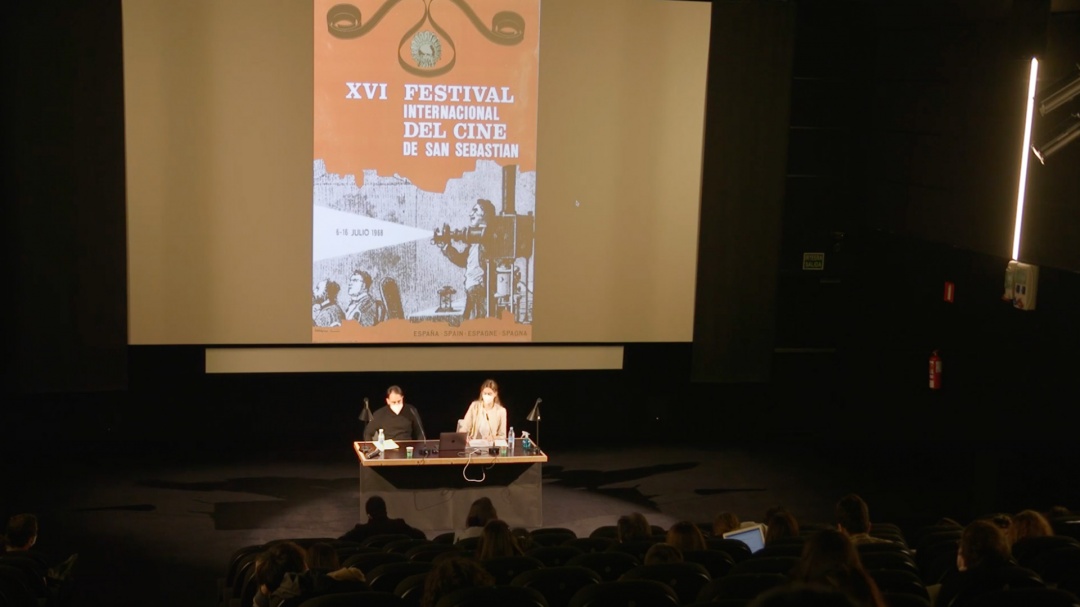