As well as selecting and showing films to an audience of spectators, specialised media and film industry professionals, the San Sebastian Festival promotes projects and films in development (the so-called 'works in progress'). In this section, the Festival has two programmes for films at the post-production stage: WIP Latam for Latin American productions and WIP Europa for European productions. The Festival also promotes three calls for projects.

The Festival wishes to highlight its nature as a place to meet and convey knowledge through Thought and discussion, an umbrella for activities promoting discussion on the cinema from an industrial, creative and vocational point of view and programmes generating opportunities of agreements and business for creators, producers and distributors. Figuring in this scope are initiatives ranging from masterclasses, the Zinemaldia Get-togethers and the Horizontes Breakfasts, open to badge holders and to the general public, including activities specifically focussed on film industry professionals and the specialised media and conversations on relevant subjects for the sector, the Zinemaldia & Technology presentations, the meetings between festival programmers and debates on the phenomenon of series.

The area for thought and discussion on the cinema runs throughout the year at the Elías Querejeta Zine Eskola, promoted by the Provincial Council of Gipuzkoa, where the Festival, with Tabakalera and the Filmoteca Vasca, has conceptualised a centre for thought, research, experimental practice and pedagogical innovation on the subject of the past, present and future of the cinema. One of the results of the collaboration with the EQZE is the research project Zinemaldia 70. All possible stories, created to generate a living archive to foster reflection and discussion on the past, present and future of the Festival through its document collection (letters, photographs, reviews and mentions published in newspapers and magazines, books, etc.) compiled since 1953. 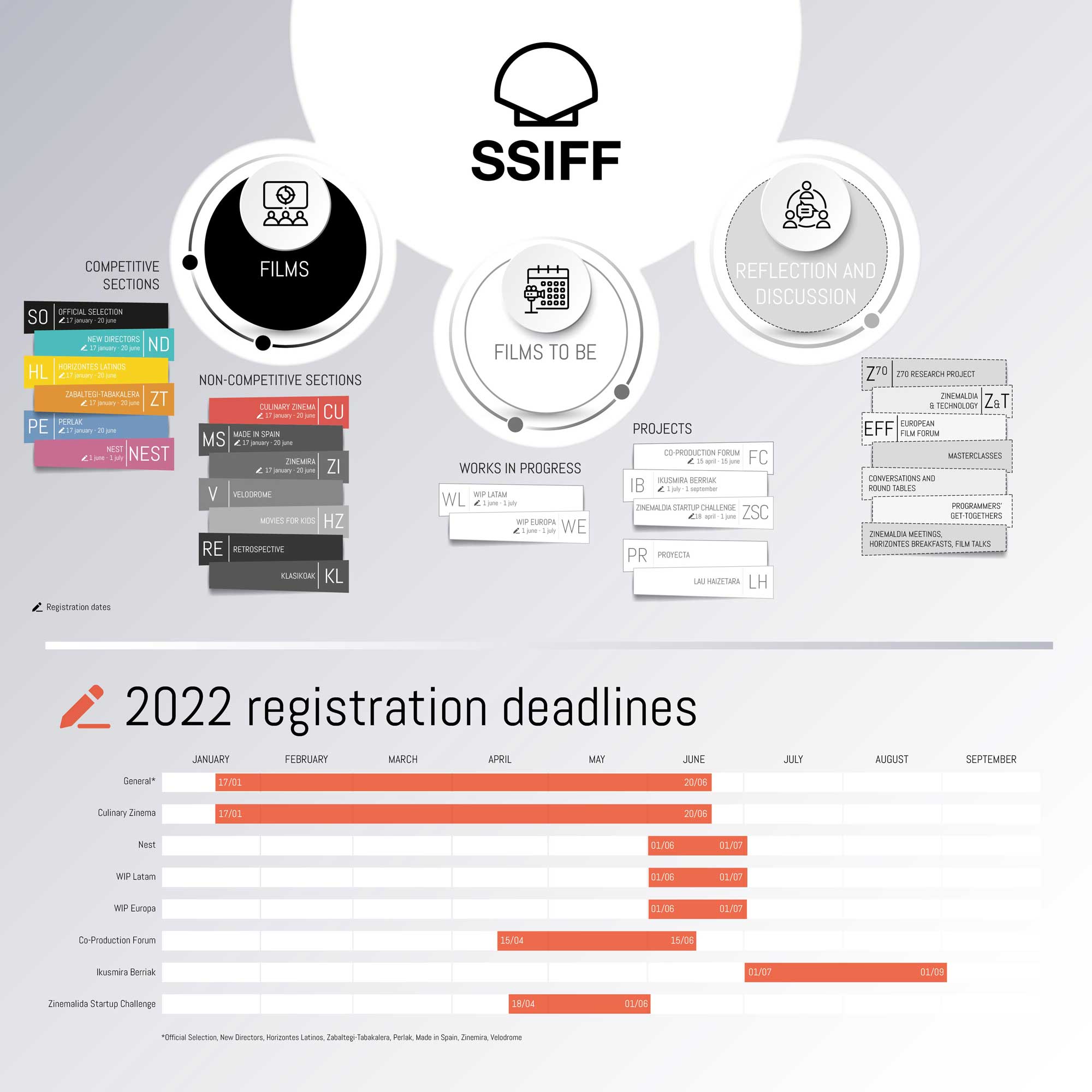 PDF
The three areas of the Festival